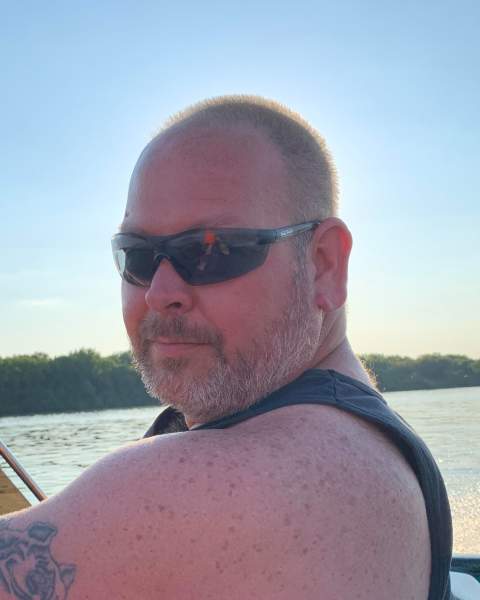 Age 45 of Braidwood, passed away peacefully on Wednesday, September 14, 2022 at his home with his family at his side.

Born December 8, 1976 in Joliet, Illinois, Jeffery Wayne is the son of Darenda (nee Waggoner) and the late Ronald Hood. He was raised in Morris, Illinois and attended school in Minooka, Illinois. In 1998, Jeff gained employment with Rescar Inc. in Channahon and worked there for the past 24 years. He began his career there as a Rail Car Technician, and currently held titles of Area and Location Manager.

Jeff was an avid outdoorsman who held membership with the Braidwood Recreation Club and the Meneoka Sports and Recreation Club in Wilmington, Illinois. He took great pleasure in bow hunting, fishing, or just simply chilling in his boat on the lake. Jeff also enjoyed watching NASCAR and the Chicago Blackhawks, but was especially proud to support the sports and activities his children participated in.

He was a fun-loving guy with a great sense of humor, and you knew he liked you if he was giving you a hard time. Jeff was a hard worker who selflessly gave his precious free time to lend a helping hand to anyone in need, and devoted himself to taking care of the people he loved.

Jeff was preceded in death by his father, Ronald Hood, and his maternal and paternal grandparents.

Per Jeff’s wishes, cremation rites have been accorded, and a celebration of life is being planned for a later date.

To send flowers to the family in memory of Jeff Hood, please visit our flower store.