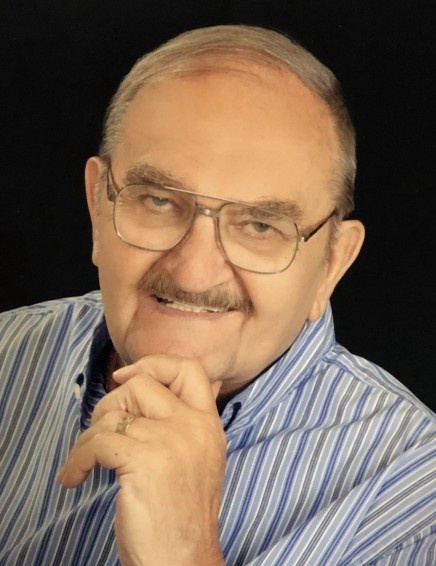 Age 86 of Morris, formerly Chicago, Lemont and Naples, Florida, passed away Wednesday April 25, 2018 at his home.

Born March 6, 1932 in Chicago, Jerry Walter was a son of Earl and Eleanore (nee Olszewski) Hale. He was raised and educated in Chicago, and graduated from Bowen High School. Following High School, Jerry served in the United States Air Force and on May 22, 1954, he married Lucille Hass in Marinette, Wisconsin. He was employed by AT&T, most recently as a marketing manager, until he retired in 1993.

Jerry was a member of Immaculate Conception Catholic Church in Morris, and enjoyed spending his time ice boating and coaching youth football. He was blessed with the ability to play multiple musical instruments, including the guitar, banjo, harmonica and keyboard. Jerry looked forward to driving his motor coach across country, and took pleasure in camping and spending time with his family, especially his grandchildren.

Jerry was preceded in death by his parents; his wife Lucille; and his sister Lorraine Hale.

Per Jerry's wishes, flameless cremation rites have been accorded.

The family will receive friends on Tuesday May 1, 2018 at Immaculate Conception Catholic Church, 600 East Jackson Street, in Morris from 9:00 a.m. until time of Mass of Christian Burial at 10:00 a.m., with Reverend Ed Howe, CR presiding. Inurnment will be in Mount Carmel Catholic Cemetery, Morris, where Jerry will be laid to rest with his wife.

Preferred Memorials may be made as gifts in Jerry's memory to Immaculate Conception Catholic Church.

Family and friends may sign the online guest book, upload photographs, or share Jerry's memorial page by logging onto: www.ReevesFuneral.com

Cremation services and memorial arrangements have been made under the direction and care of Reeves Funeral Homes, Ltd., 408 East Washington Street, in Morris (815) 942-2500.

To order memorial trees or send flowers to the family in memory of Jerry Hale, please visit our flower store.
Send a Sympathy Card