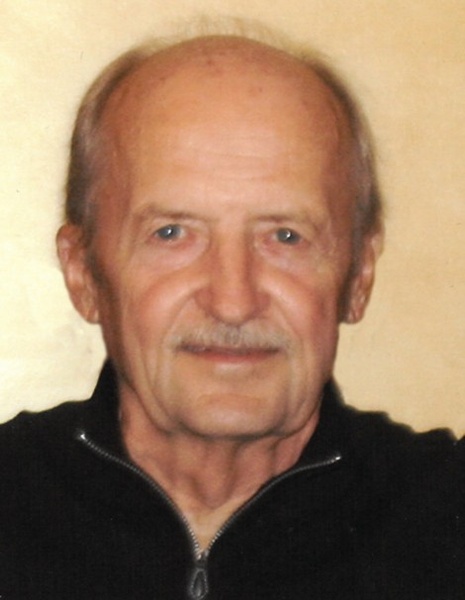 Age 77 and a lifelong resident of Coal City, passed away Thursday, December 6, 2018 at Park Pointe in Morris.

Born October 17, 1941 in Joliet, Illinois, Gerald John was the son of Gerald T. and Leona M. (Henke) Heavens. He was raised in Coal City and graduated from Coal City High School with the Class of 1959. Jerry went on to graduate from Joliet Junior College, as well as earning his Bachelor’s Degree from Northern Illinois University. On February 1, 1964, Jerry married Donna Gagliardo in Assumption Catholic Church, and together they raised their family and made their home in Coal City.

Jerry spent his 36 year career with the United States Government, working at the Ammunition Procurement and Supply Agency in Elwood, Illinois and the Department of Energy at Argonne National Laboratory.

He was a member of Assumption of the Blessed Virgin Mary Roman Catholic Church in Coal City, Holy Name Society and the Knights of Columbus – Braidwood Council.

Dedicated to his home community, Jerry served on the Coal City Village and Zoning Board for numerous years, and was a dedicated member of the Coaler ‘Chain Gang’ from 1976 until 2014.

Jerry’s lifelong love of sports, had him cheering on the Chicago White Sox and Bears.  He bowled on a league; played men’s softball, and enjoyed snowmobiling. Anyone who knew Jerry also knew he loved to golf, and he was a member of the Department of Energy Golf League for more than 30 years at Cog Hill Golf and Country Club.   Jerry loved working in his yard,  enjoyed photography, and cherished traveling with Donna.

No hobby was greater to Jerry than his family and he was always first to follow his grandkids in all of their activities, as well as take the opportunity to share time with family. His greatest accomplishment was to be a devoted husband, father and grandfather.

Jerry was preceded in death by his parents.

The family will receive friends and relatives for a visitation on Thursday, December 13, 2018 between the hours of 3:00 p.m. and 7:00 p.m. at Reeves Funeral Home, 75 North Broadway (one block north of Illinois Route 113) in Coal City. Funeral services will follow on Friday morning, December 14, 2018 at 10:00 a.m. in Assumption of the Blessed Virgin Mary Roman Catholic Church, 215 South Kankakee Street in Coal City, with Reverend Robert Noesen presiding. Burial will be in Mount Olivet Catholic Cemetery in Braidwood.

Preferred memorials may be made as gifts in Jerry’s memory to Assumption Catholic Church Building Fund.

Family and friends may sign the guest book, upload photographs or share Jerry’s memorial page online by logging onto: www.ReevesFuneral.com/notices/Jerry-Heavens

To order memorial trees or send flowers to the family in memory of Jerry Heavens, please visit our flower store.
Send a Sympathy Card