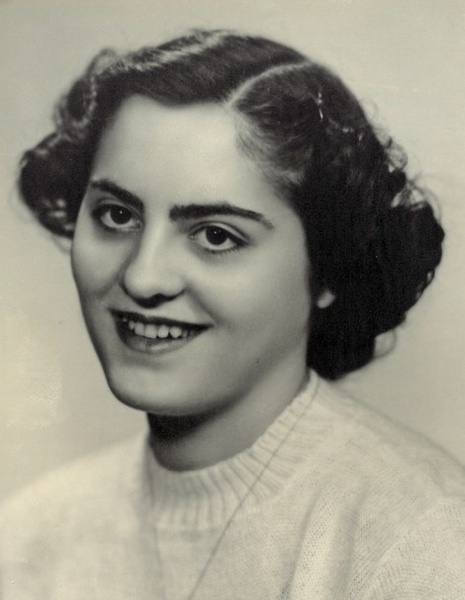 Born February 11, 1931 in Chicago, Joan Marie was a daughter of John and Lucille (nee Bertino) Parkinson. She was raised and educated in Wilmington, and graduated from Wilmington High School with the Class of 1949. On December 27, 1950, Joan married Dell Raridon in the First Presbyterian Church of Wilmington.

She began her employment with the parts department of Hymes Plumbing, and then gained employment as a payroll clerk while Dell was stationed in Atterbury, Indiana. Upon her return to Wilmington, Joan drove a school bus for the Wilmington School District, and later worked as a secretary for the Army Procurement Services Agency (APSA). She was most recently employed as a library assistant at Wilmington High School, from where she retired.

Joan was a devoted member of the First Presbyterian Church of Wilmington, where she served as a Deacon and Elder, and was involved in the choir. She was proud to be the first Honored Queen of Jacob’s Daughters in Wilmington, and was one of the pioneer organizers of the School Breakfast Program for the Wilmington School District.

Joan was very active in the community, and would often donate her time by volunteering at Kuzma Care Cottage. She was a very active person who enjoyed spending her time outdoors, especially at the Wilmington Recreation Club. Joan also enjoyed boating and motorcycling. She will be remembered for her pristine organizational skills and her love of spending time with her family.

Survivors include her husband: Dell Raridon; daughter: Linda Raridon-Duke and granddaughter, Kaylin Duke, both of Channahon; one sister: Jean (the late Harold) Stainbrook of Wilmington; and numerous nieces and nephews.

Joan was preceded in death by her parents and her son, Craig Raridon.

The family will receive friends for a visitation on Thursday, December 19, 2019 at Baskerville Funeral Home, 700 East Kahler Road, in Wilmington from 3:00 p.m. to 7:00 p.m. Funeral services will follow on Friday morning, December 20, 2019 at 10:00 a.m in the funeral home. Burial will be in Oakwood Cemetery, Wilmington.

Family and friends may sign the online guest book, upload photographs, or share Joan’s memorial page by logging onto: www.BaskervilleFuneral.com/notices/Joan-Raridon

To order memorial trees or send flowers to the family in memory of Joan Raridon, please visit our flower store.