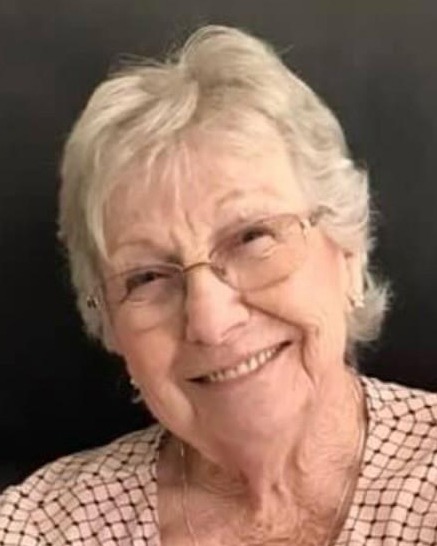 Born March 8, 1939 in Duluth, Minnesota, JoAnn was a daughter of Joseph Charles and Donna Margaret (Robert) Nacey. She was raised in the Morgan Park area of Duluth until moving to live with her grandparents in St. Paul when her father went away to serve in WWII. Upon her father’s return from war, the family relocated to Wilmington, Illinois where she attended the local schools and graduated from Wilmington High School with the Class of 1957.

In that same year, on November 16, 1957, JoAnn married Donald Friddle in St. Rose Catholic Church, and together they made a home and family. She initially worked for the Joliet Arsenal before staying home to raise her family. JoAnn did obtain her Illinois Beauticians License and worked alongside her mother and sister, Jinnie. She later relocated with Don to Florida where she acquired her Florida Real Estate License, which she utilized until retiring to become a full time grandma.

JoAnn was an accomplished seamstress and enjoyed quilting. In her earlier years, she worked with horses, and even showed them on the state level. She was a great cook and baker; had a love of camping and took great pleasure working in her flower gardens, tending to her roses.

When reflecting on the life of JoAnn Friddle, it is easy to see that her focus was never on material things, rather, it was on creating meaningful relationships and experiences with those she loved. She gave everything she did her all, and she was someone who knew what she wanted and made sure others did as well. A more devoted wife and mother would be hard to find, and JoAnn’s heart only grew more full when grandchildren came into her world. Life will never be the same without her here, but she leaves behind a timeless legacy that her loved ones will proudly carry on in her footsteps.

JoAnn was preceded in death by her parents, Charles and Donna; father-in-law and mother-in-law, Melvin and Josephine Friddle; sister-in-law, Faye Hansen and brother-in-law, Dale Friddle.

Cremation rites have been accorded, and JoAnn is being laid to rest with her parents in Mount Olivet Cemetery in Wilmington, Illinois.

The family will receive friends for a memorial visitation at Baskerville Funeral Home, 700 East Kahler Road in Wilmington on December 3, 2022 between the hours of 2:00 p.m. and 5:00 p.m.

Preferred memorials may be made as gifts in JoAnn’s memory to Kuzma Care Cottage, 635 S. Main Street, Wilmington, IL 60481.

Family and friends are encouraged to log onto: www.BaskervilleFuneral.com to sign the online guest book, upload photographs and share JoAnn’s memorial page online through social media.

Memorial arrangements have been made under the direction and care of Baskerville Funeral Home in Wilmington. (815-476-2181)

To send flowers to the family in memory of JoAnn Friddle, please visit our flower store.