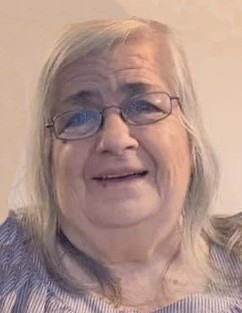 Age 77 of Joliet, Illinois, passed away unexpectedly on Tuesday morning, June 30, 2020 at her home.

Born December 3, 1942 in Joliet, JoAnne Marie was a daughter of Harold Eugene and Mabel Ida (Klett) Shepherd. She was raised and educated in Plainfield, and graduated from Plainfield High School.

JoAnne bartended at Zobel’s Tavern in Joliet for more than 30 years, and was a past member of the Raven’s Club. She was an avid Chicago Cubs and Bears fan, as well as enjoyed watching NASCAR. JoAnne took pleasure in gardening, and passed her time working crossword puzzles, and most recently scrapbooking family photos. She loved her German Shepherd dogs throughout the years, and leaves behind her puppy, Jessee. Above all, her greatest hobby was being both of a mother and grandmother.

Gone too soon, JoAnne’s family has peace knowing that she has been reunited with her late husband Dennis, whom she had a tremendous love for.

A funeral service will be held at Families of Faith Church and Academy, 24466 W. Eames St. (Illinois Route 6) in Channahon on Monday, July 6, 2020 at 10:00 a.m. Pastor Joe Pospischil will officiate. Burial will follow in Holy Cross Cemetery in Crest Hill, where JoAnne will be laid to rest with her late husband Dennis. Her children will act as pallbearers and honorary pallbearers.

Preferred memorials may be made as gifts in JoAnne’s memory to Cause for Paws.

Family and friends are encouraged to sign the online guest book, upload photographs or share JoAnne’s memorial page online through social media by logging onto: www.Reeves-Baskerville.com/obituary/JoAnne-Mrozek

Funeral services and arrangements have been made under the direction and care of Reeves & Baskerville Funeral Homes. (815/476-2181)

To order memorial trees or send flowers to the family in memory of JoAnne Mrozek, please visit our flower store.
Send a Sympathy Card