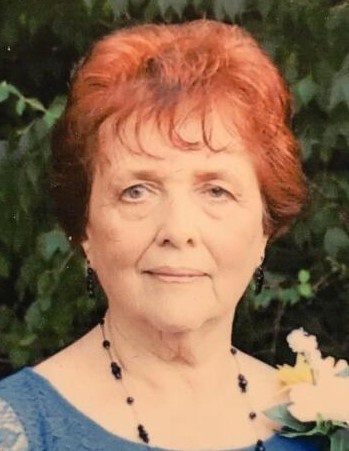 Age 81 and a lifelong resident of Coal City, passed away Thursday evening, January 28, 2021 at Morris Hospital.

Born April 2, 1939 in Morris, Illinois, Joanne Louise was a daughter of Frank and Irene (Emanuelson) Kratochvil. She was raised in Coal City and graduated from Coal City High School with the Class of 1957. On November 1, 1958, Joanne married Gary Ulivi in the United Methodist Church in Coal City, and together they made their home and raised their family in Coal City. Joanne worked for her brother-in-law, Dr. Joseph Laughlin in his Napropathic office and most recently as a Chiropractic Assistant with Dr. Joe at Diamond Therapy Center until her retirement.

Throughout the years, Joanne took great pleasure working in the yard, tending to her flowers and plants, cooking and baking. She also enjoyed watching the birds, and cherished spending time with her grandchildren and great grandchildren.

Joanne was preceded in death by her parents; husband Gary; one son, Craig Ulivi; her grandson, Gavin Ulivi and one sister-in-law, Cathy Kratochvil.

A private family visitation and funeral service will be held at Reeves Funeral Home in Coal City. Pastor Brad Shumaker will officiate, and Joanne will be laid to rest in Braceville-Gardner Cemetery with her late husband, Gary.

Those wishing to participate in Joanne’s services virtually are welcome to join the live stream service beginning at 1:00 p.m. on Wednesday, February 3, 2021. A link for the event is available on Joanne’s website.

Preferred memorials may be made a gifts in Joanne’s memory to a charity of the donor’s choosing.

Family and friends are encouraged to sign the guest book, upload photographs and share Joanne’s memorial page online through social media by logging onto: www.ReevesFuneral.com/obituary/Joanne-Ulivi

To order memorial trees or send flowers to the family in memory of Joanne Ulivi, please visit our flower store.