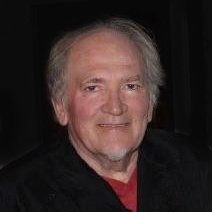 Born March 9, 1953 in Joliet, John Earl was a son of John Robert and Mary Earleen (Sandiford) Shields. He was raised in Joliet, received a Catholic education at St. Anne Parochial School in Crest Hill, and went on to graduate from Plainfield High School with the Class of 1971. On September 14, 1974, John married Elaine Wajerski, and together they made their home in Plainfield before John built their family home in Wilmington where they raised a family.

John’s career as a skilled tradesman began at Caterpillar in Joliet. From there he launched his home remodeling business: John’s Johns, which he ran for many years. Before retiring he worked in maintenance at Holy Family Catholic School in Shorewood.

John was a man of many interests and talents. He loved the outdoors, fishing, Chicago sports, traveling, painting, and playing the guitar. Music was a backdrop to all of these, and it was a bond that he shared with everyone in his life. Above all, John loved spending time with his beloved wife, children and grandchildren. Each grandchild learned how to fish, laugh, and be creative and silly from their “Popeye”.

John was preceded in death by his parents, John and Mary Shields; father-in-law, Francis Wajerski; one sister, Judith Shields and one brother-in-law, David Wajerski.

The family will receive friends for a visitation at Baskerville Funeral Home, 700 East Kahler Road in Wilmington on Thursday, February 24, 2022 between the hours of 4:00 p.m. and 7:00 p.m. Funeral services will follow on Friday morning, February 25, 2022 at 10:00 a.m. in St. Rose of Lima Catholic Church, 604 South Kankakee Street in Wilmington. A Mass of Christian Burial will be celebrated with Reverend Sebastian Gargol presiding.

Burial will be in Mount Olivet Catholic Cemetery in Wilmington.

Preferred memorials may be made as gifts in John’s memory to the family for their distribution.

To send flowers to the family in memory of John E Shields, please visit our flower store.