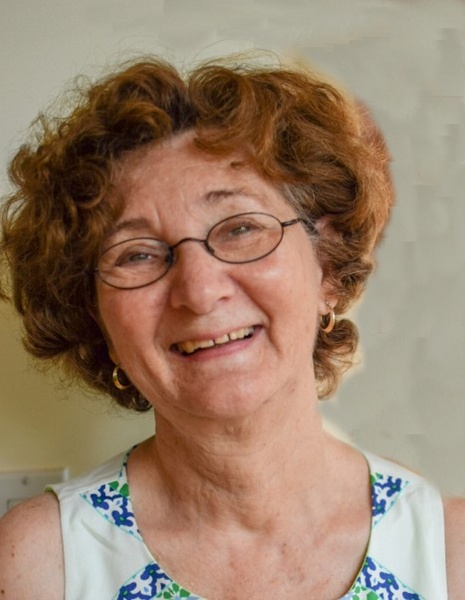 Josiane Helen Renee Grindstaff of Wilmington, died Monday September 27, 2021 at her home. Josiane was born in Paris, France March 2, 1949, she was the only child born to Roger and Irene Bazin. They immigrated to Montreal, Canada in 1953; briefly resided in Calgary, and later relocated to Los Angeles, California, USA. There, little Josiane started school and began learning her English. It was also in California that Josiane’s father started an auto body business and worked for Ford, as well as for private customers. Among some of Jo's favorite memories were driving the cars that her father repaired and painted, along the fashionable highways of Venice, Hollywood and Los Angeles. In addition, she enjoyed frequenting the beaches with her surfing friends, and watching her favorite bands in concerts and listening to them on vinyl. Josiane graduated from Belmont High School in June of 1967 and went on to meet her future husband Arthur Grindstaff who was recently discharged from the United States Marine Corps. They met through a mutual friend at the Robert Taylor car wash in January of 1968, the very same  building known later for the 70's movie, Car Wash.

Josiane and Arthur were married in her family home on March 1, 1969 and made their first home in a small town in the Mojave Desert. Arthur worked and played with a group of friends who shared his love for riding motorcycles, and together they enjoyed life's simpler things. Later in September of 1969 their first born Kelley arrived, but not too soon before another unexpected  house guest showed up in their desert home. This unexpected visit was an uncle who had recently escaped from the Ohio State Penitentiary, who was looking to hide out with them, adding himself to their crew.

As some time later passed, the family moved to Englewood, California, where Josiane worked as a stay at home mother, while Art worked at LAX Airport directing planes. It was here that their second child Brian was next to arrive in July of 1971.

Later in the same year, following a large earthquake the young family packed up and moved to Illinois, to an area where Arthur spent most of his childhood.

For those of us who knew Jo, knew that she saw the good in everyone! Anyone who met her, felt welcome with her warm smile, and sincere laugh. It was not surprising, that her love for her family, and the people around her, drew her to the promises that the Bible contains, and beautiful qualities that God encourages. In October of 1972, Jo started studying with Jehovah's Witnesses, and was baptized the following year. Her youngest child Jason, was born in December of 1975.

Jo worked as an accountant through the 1980's, for the factory that Arthur worked. After their youngest was out of school, and Josiane's Father needed assistance, plans were made to return to California.  On June 28, 2004 Ilinois was rocked with a rare earthquake, and it was the very day that they left Illinois to return back to Josiane's childhood home.

Arthur and Jo made the difficult decision to move back to Illinois again in December of 2017 to receive assistance due to progressive Alzheimers disease. (No major earthquake was reported on that date.)

She was preceded in death by her parents.

Per Josiane’s wishes, cremation rites have been accorded.

Inurnment will take place at a later date in Abraham Lincoln National Cemetery in Elwood, Illinois.

Family and friends are encouraged to sign the guest book, upload photographs and share Josiane’s memorial page online through social media by logging onto: www.ReevesFuneral.com/Obituary/Josiane-Grindstaff.

Cremation services and arrangements have been made under the direction and care of Reeves Funeral Homes, Ltd. in Coal City. ( 815-634-2125 )

To order memorial trees or send flowers to the family in memory of Josiane Grindstaff, please visit our flower store.