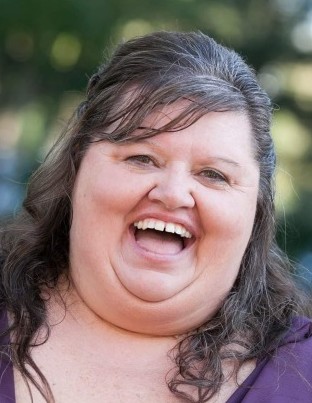 Age 55 of Roseville, California, passed away unexpectedly on March 17, 2020 at her home.

Born on November 6, 1964 in Belleville, Illinois, Judith Ann was the 7th of 8 daughters born to Carl Eugene and Jessie Louise (nee Woodson) Chesser.

Judy was raised in Wilmington, Illinois; completed her Associates Degree in the Arts in 1984 from Joliet Junior College, and her passion for sports and kids provided for a lifelong career in education and coaching.

In 1988, Judy followed her youngest sister Joan to Hawaii, where she lived for the next 11 years.  While in Hawaii, Judy continued her love of sports playing on a Women’s Softball Team for many years. She also thoroughly enjoyed singing karaoke and even Disc Jockeyed at Kelly’s Bronco Bar. In her free time, Judy simply took pleasure in driving around the island enjoying the beaches and sites.

In 1999 Judy moved from Hawaii to Rocklin, California to begin a new journey!  Shortly after moving, she quickly jumped in and volunteered at Sierra Christian Academy in the office.  It wasn’t long before Judy’s value was recognized and put to use in the classroom.  She jumped in with both feet as a preschool aid and never stopped growing and encouraging children to reach their highest potential.  Her roles ranged from Office Assistant to Teachers Aid to Coach.  She was a mentor, an encourager and always had a listening ear for kids and adults alike!

In 2011 Judy received her degree in Early Childhood Development from Ashford University.  She was most proud of this accomplishment as it allowed her to fully submerse herself in her passion for teaching!  She began working at Merryhill School as a preschool teacher and was there until her passing.  Judy had a special way of creating a bond with every.single.child!  She made each and every child feel special!  Many of her “kids” considered her their best friend – that’s the kind of educator she was.

Judy lived her life to the fullest as a wonderful daughter, sister, aunt, great aunt, teacher, coach and friend. She loved to scrapbook, was obsessed with the San Francisco 49er’s and was a great fan of the St. Louis Cardinals. As not only her nieces and nephews, but her countless “kids” could attest, Judy will be remembered as a tremendous story teller. She modeled many small acts of sacrifice and great acts of love over the years and there is no doubt that she will be greatly missed by her loving family. Judy leaves behind a wonderful collection of memories for her family to cherish forever. May her memories be eternal and may her loving presence shine brightly each and every time they gather together.

Cremation rites were accorded, and Judy will be laid to rest in the family lot at Saint Agnes Cemetery in Hillsboro, Illinois on Thursday, September 17, 2020.

A celebration of Judy’s life will follow on Saturday, September 19, 2020 from 2:00 p.m. until 4:00 p.m. at Baskerville Funeral Home, 700 East Kahler Road in Wilmington. Due to recent updated mandates issued by the Illinois Department of Public Health, face mask requirements and measures of safe social distancing practices will be in order. The funeral home staff will assist the family not to exceed the newly lowered safe number set forth for the visitation.

Family and friends may sign the guest book, upload photographs or share Judy’s memorial page online through social media by logging onto: www.BaskervilleFuneral.com/notices/Judith-Chesser

To order memorial trees or send flowers to the family in memory of Judith Chesser, please visit our flower store.
Send a Sympathy Card