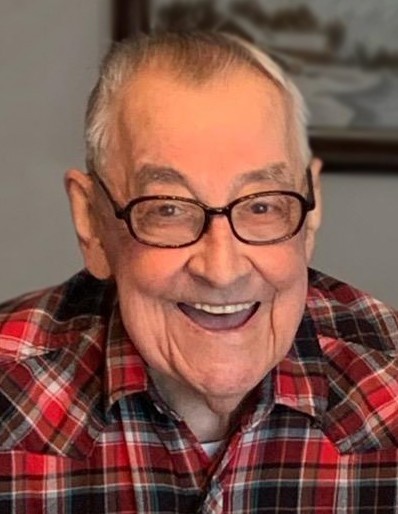 Age 88 of Morris and formerly of Greenville, New Hampshire, passed away peacefully on Friday morning, February 12, 2021 at his home.

Born September 1, 1932 in Greenville, New Hampshire, Jules was a son of Albert H. and Olivia Cloutier-Fortin. He was raised and educated in Greenville and went on to honorably serve in the United States Army during the Korean Conflict (1952-1955). On June 30 , 1956, Jules married Yolande Bergeron, and together they made their home and raised their family. He was employed with Standard Oil as a truck driver for 25 years until retiring in 1998. Jules was a member of Immaculate Conception Catholic Church in Morris, and was a 4th degree Knight of Columbus, active with the Knights for over 40 years. In addition, Jules was active with the Grundy Woodworkers Club in Morris, was a member of the V.F.W. and belonged to the Morris American Legion Lodge Post 294. He loved woodworking, and took pleasure in fishing and gardening. Above all, Jules cherished time spent with his family and grandchildren.

Jules was preceded in death by his parents; wife Yolande (2015), and two brothers: Norman Fortin and Bernard Fortin.

The family will receive friends for a visitation at Reeves Funeral Home, 408 East Washington Street (one block East of Illinois Route 47) in Morris on Thursday evening, February 18, 2021 between the hours of 6:00 p.m. and 8:00 p.m. Funeral services will follow Friday morning, February 19, 2021 at 10:00 a.m. in Immaculate Conception Catholic Church, 600 East Jackson Street in Morris. Father Jason Stone will preside.

Those wishing to participate in the funeral service virtually are welcome to join the live stream beginning Friday morning, February 19, 2021 at 10:00 a.m. A link for the event will be available on Jules memorial page.

Burial with full military honors will follow in Abraham Lincoln National Cemetery in Elwood, where Jules will be laid to rest with his late wife Yolande.

Preferred memorials may be made as gifts in Jules memory to St. Jude Children’s Research Hospital, or to Joliet Area Community Hospice.

Family and friends are encouraged to sign the guest book, upload photographs and share Jules memorial page online through social media by logging onto: www.ReevesFuneral.com/obituary/Jules-Fortin

Funeral services and arrangements have been made under the direction and care of Reeves Funeral Homes, Ltd. in Morris. ( 815-942-2500 )

To order memorial trees or send flowers to the family in memory of Jules Fortin, please visit our flower store.
Send a Sympathy Card