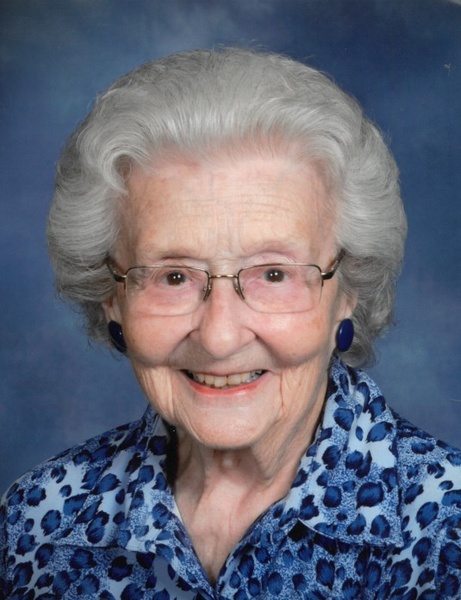 Age 96 of Coal City, passed away Friday, October 18, 2019 at Miller Healthcare and Rehabilitation Center in Kankakee.

Born June 4, 1923 on the Gaurdia family farm in Braceville, June Elaine was a daughter of Leno “Leo” and Edith (Menietto) Guardia. She attended the Braceville Grade School and went on to graduate from Gardner-South Wilmington High School. Following her graduation, June worked several jobs in various capacities with Delaney’s, Stone and Webster, Sanderson and Porter Elwood Ordinance Plant and Grinchuck’s Pant Factory in Braidwood. It was then on December 7, 1946 that she married John Wilton “Bill” McLuckie in the Braceville United Methodist Church, and together they settled down and made their home in Coal City. In addition to raising her family, June assisted with the family business, The Best Potato Chip Company, and later went to work for Montgomery Wards in Coal City until retiring.

One who had meticulous organizational skills and high energy, June loved staying active in her church and community. She was a member of the Coal City United Methodist Church, where she was involved in the Evening Star Circle; she was a charter member of the Junior League, which formed the first kindergarten in Coal City, and she served many years as the bookkeeper for the Miner’s Club. June’s artistry and tremendous knowledge of plants and flowers, produced countless pressed flower crafts, and yielded a yard that was a sight to be seen. She also took pleasure in fossil hunting with her father-in-law and mother-in-law, and was proud to maintain their vast collection, which in part is currently held today in the Smithsonian.

A great collector, scrapbooker, photographer, and overall historian of social history, June leaves a legacy which is only overshadowed by her cheerful demeanor and unforgettable smile.

Per June’s wishes, her body has been donated for anatomical study. She will be placed along with her late husband Bill in the columbarium wall at Abraham Lincoln National Cemetery in Elwood at a later date.

A memorial service will be held on Saturday, October 26, 2019 at 10:00 a.m. in the Coal City United Methodist Church, 6805 East McArdle Road in Coal City. The family will greet friends and share a memorial meal in the church fellowship hall immediately following the services.

In light of June’s bright personality and love of color, everyone attending the services is encouraged to wear the color yellow, or bright color of choice.

Preferred memorials in lieu of flowers may be made to the Carbon Hill Museum or to the Coal City Unit #1 Foundation, for an Art Scholarship, which will be named in June’s memory.

Family and friends may sign the guest book, upload photographs or share June’s memorial page online by logging onto: www.ReevesFuneral.com/notices/June-McLuckie

Services and arrangements have been made under the direction and care of Reeves Funeral Homes, Ltd. in Coal City. (815-634-2125)

To order memorial trees or send flowers to the family in memory of June McLuckie, please visit our flower store.