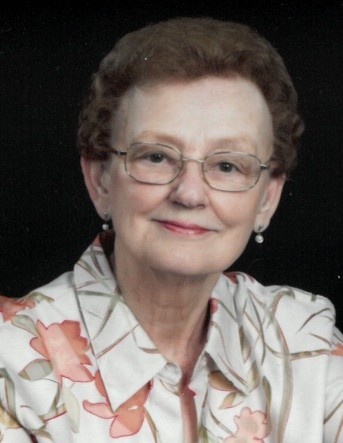 Age 86 of Morris and formerly of Gardner, passed away Saturday, March 31, 2018 at The Pointe in Morris.

Born June 18, 1931 in Morris, Cecelia June was a daughter of Ralph and Lucille (Glover) Matteson. She was raised and educated in Morris and graduated from Morris High School with the class of 1949. On December 31, 1958, June married Russel James Olson at the First United Methodist Church of Morris and together they moved to South Wilmington to raise their family and start a business. Russel and June owned and operated Olson Tap and Lanes in South Wilmington for 17 years, as well as Olson's Mobil Park in Dwight for eight.

She was a devoted member to the Church of Hope in Gardner, a life member of the VFW Auxiliary in Morris and was a part of the senior citizens of Gardner, Braidwood and Godley group.  In her free time June enjoyed traveling, fishing, cooking, and acting as chauffeur for her friends. She also enjoyed taking bus trips to shows and especially to casinos. Her most treasured times were always spent with her beloved grandchildren and great-grandchildren.

June was preceded in death by her parents; husband Russel James Olson and one brother, Robert Matteson.

Family will receive friends on Wednesday, April 4, 2018 between the hours of 3:00 p.m. and 7:00 p.m. at Reeves Funeral Home, 203 Liberty Street in Gardner. Funeral Services will follow Thursday morning, April 5, 2018 at 11:00 a.m. in the funeral home. Pastor Jan Chandler with the Church of Hope will preside.

Burial will be in Evergreen Cemetery in Morris, where June will be laid to rest next to her late husband.

Preferred memorials may be made as gifts in June’s memory to the Church of Hope, 202 N. Monroe Street in Gardner.

Family and friends may sign the guest book, upload photographs or share June’s memorial page online by logging onto: www.ReevesFuneral.com

To order memorial trees or send flowers to the family in memory of June Olson, please visit our flower store.