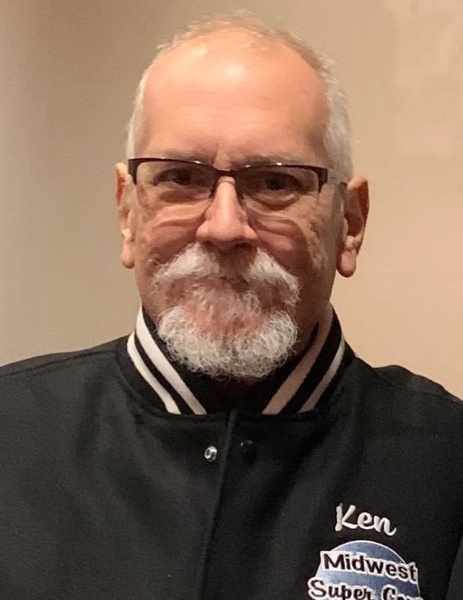 Ken was born to Kenneth and Josephine (Banks) Messenger in Chicago on August 19, 1952. He was raised in New Lenox and spent part of his youth in Alaska. He married Melanie (Stelow) on November 30, 1974, and together they raised three children in Channahon and later Wilmington.

Ken worked for a number of companies throughout his life, including Sears, Bell Labs, AT&T, Lucent Technologies, and IBM. He was known for his technological acumen and for always lending a hand whenever needed. In his free time, Ken enjoyed woodworking, drag racing, and spending time with family and friends.

Preceding him in death are his parents; father-in-law William Stelow; and brother-in-law Ronald Webster.

Cremation rites have been accorded and a memorial party will be held at a later date.

In lieu of flowers, donations may be sent to the family for disbursement to the Betty Burch Bridgewater Cancer Institute in Bourbonnais.

Family and friends may sign the online guest book, upload photographs, and share Kenneth's memorial page by logging onto: www.BaskervilleFuneral.com

To order memorial trees or send flowers to the family in memory of Kenneth Messenger, please visit our flower store.