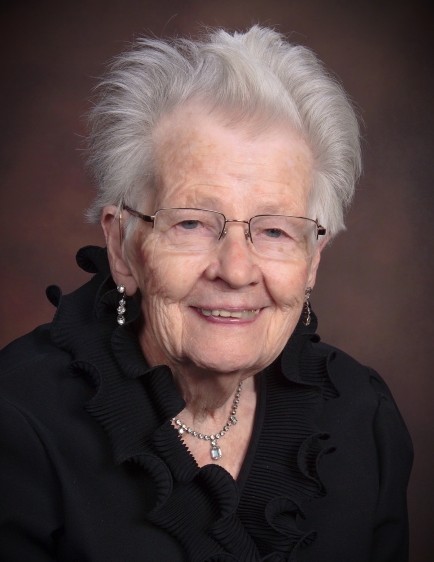 Age 98 of Wilmington, passed away peacefully on Wednesday, July 4, 2018 at her home.

Born June 7, 1920 in Joliet, Illinois, LaVonne June was a daughter of Elmer Joseph and Alma (Strom) Kirchner. She was raised and educated in Wilmington; graduated from the Wilmington Public Schools in 1938 and continued her education at the University of Illinois. She then entered St. Luke’s School of Nursing in Chicago, from where she graduated in 1942. After a year of private duty nursing, LaVonne went on to study Public Health at the University of Chicago. It was during this time she reconnected with Ed Pollack, who was a 1937 graduate of Wilmington High School, and together they wed on February 6, 1944 in the Chapel at St. Luke’s Presbyterian Hospital.

When Ed entered into the US Army, LaVonne was able to follow him until his deployment to Germany. Following his discharge, they together moved to California for a year before returning to Wilmington.

LaVonne worked as a registered nurse with the University of Illinois Extension and the Will County Health Department until her retirement in 1979. She was an active member of the First Presbyterian Church of Wilmington, where she sang in the choir and served as an Elder and Deacon. LaVonne was a longtime active member of the Wilmington Garden Club; belonged to the Wilmington Historical Society, and was a 20 year leader with 4-H.

LaVonne loved traveling domestically and internationally with Ed, however will most be remembered for her enjoyment of gardening.

LaVonne was preceded in death by her parents; husband, Col. Edward Pollack, USA (Ret.) and her brother and sister-in-law, William and Marion Pollack.

A private burial will be in Abraham Lincoln National Cemetery in Elwood, where LaVonne will be laid to rest with her late husband.

Preferred memorials may be made as gifts in LaVonne’s memory to The First Presbyterian Church, 301 N. Kankakee Street, Wilmington, IL 60416

The family wishes to extend their heartfelt appreciation to Absolute Home Care Plus, as well as Hospice of Kankakee Valley for the extraordinary care and attention they each provided.

Family and friends may sign the guest book, upload photographs or share LaVonne’s memorial page by logging onto: www.BaskervilleFuneral.com/notices/LaVonne-Pollack.

To order memorial trees or send flowers to the family in memory of LaVonne Pollack, please visit our flower store.
Send a Sympathy Card