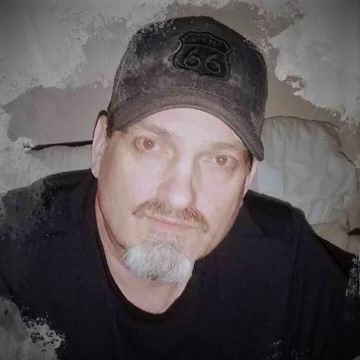 Born October 17, 1971, in Joliet, a son to Darold and Sharon (Brockett) Bushue. Lester graduated from Reed Custer Highschool and worked as a forklift operator. He was known to have a great sense of humor always making those around him laugh. Lester was a devoted friend to many and an accomplished artist and loved spending his free time drawing.

Lester was preceded in death by his parents, one daughter Leaya Jo Bushue, and two brothers: Kenneth and Daron Bushue.

Cremation rites have been accorded. A memorial service will be held on Saturday, August 13, 2022, at 1:00 p.m. at Island City Baptist Church, 120 S. Vine Street, in Wilmington. Pastor Jeff Logsdon will officiate, and inurnment will take place in Oakwood Cemetery at a later date where Lester will be laid to rest with his mother and younger brother Daron.

Friends and family are encouraged to sign the online guestbook and share Lester’s memorial page via social media.

Cremation rites and memorial arrangements have been made under the direction and care of Baskerville Funeral Home, 700 East Kahler Road.www.BaskervilleFuneral.com. (815-476-2181).

To send flowers to the family in memory of Lester S. Bushue, please visit our flower store.