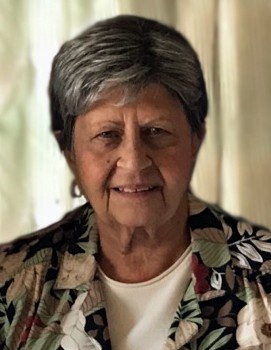 Age 81 of Joliet passed away peacefully on Sunday July 8, 2018 at her home with her loving family by her side, following a courageous three year battle with cancer.

Born January 26, 1937 in Joliet, Linda Cecelia was a daughter of Gabriel and Palma (Paone) Polmonari. She was raised and educated in Joliet, and graduated from Joliet Township High School with the Class of 1955. On May 4, 1957, Linda married James F. Randich at Saint Patrick Catholic Church in Joliet. She worked for sixteen years at Silver Cross Hospital as a Licensed Practical Nurse; was a member of Saint Anne Catholic Church in Crest Hill where she was active with the CCW, and belonged to Senior Citizen's Association. Though she had many hobbies, Linda's true passion was raising her family and being a grandma to her grandchildren and great granddaughter.

A celebration of Linda’s life will begin on Wednesday, July 11, 2018 with the family receiving friends for a visitation at Tezak Funeral Home, 1211 Plainfield Road in Joliet between the hours of 3:00 p.m. and 8:00 p.m.  Funeral services will follow Thursday morning, July 12, 2018 with prayers in the funeral home at 10:00 a.m. and driving in procession to Saint Anne Catholic Church, 1800 North Dearborn Street in Crest Hill. A Mass of Christian Burial will be celebrated at 11:00 a.m. with Reverend John Regan presiding.

Burial will be in St. Mary Nativity Cemetery in Crest Hill, where Linda will be laid to rest with her late husband. Pallbearers will be Christopher Randich, Sean Randich, Andrew Randich, Zachary Randich, Daniel Randich, and Nathaniel Fonck.

Family and friends can sign the guest book, upload photographs or share Linda’s memorial page by logging onto: www.BaskervilleFuneral.com/notices/Linda-Randich.

To order memorial trees or send flowers to the family in memory of Linda Randich, please visit our flower store.