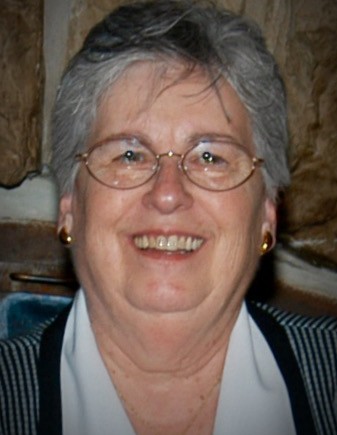 Born October 4, 1930 in Coal City, Lorraine Mae was the daughter of Joseph J. and M. Bridgid (nee Ryan) Testa. She was raised in Coal City and graduated from Coal City High School with the Class of 1948. On November 24, 1957, Lorraine married Edward A. Cody of County Carlow, Ireland at Assumption of the Blessed Virgin Mary Roman Catholic Church in Coal City. Lorraine held employment for many years at Dierberg’s Market as a bakery clerk. She was a member of St. John Bosco Catholic Church in St. Louis and Local 655 of the United Food and Commercial Workers Union.

A private family interment will be held at Braceville-Gardner Cemetery where Lorraine will be laid to rest with her husband, Ed.

In lieu of flowers the family requests preferred memorials may be made as gifts in Lorraine's memory to a charity of the donor’s choice.

Family and friends are encouraged to sign the online guest book, upload photographs, and share Lorraine’s memorial page by logging onto: www.ReevesFuneral.com/obituary/Lorraine-Cody.

Funeral services and arrangements have been made under the direction and care of Reeves Funeral Home, Ltd. Coal City. ( 815-634-2125 ).

To order memorial trees or send flowers to the family in memory of Lorraine Cody, please visit our flower store.
Send a Sympathy Card