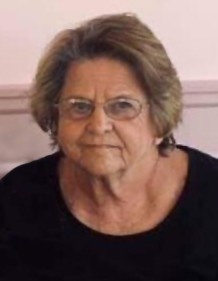 Born May 9, 1949 in Springfield, Illinois, Lorrayne Marie was a daughter of Joseph and Rose (Hauptman) Seitz. She was raised and educated in Springfield and on September 23, 1967, Lorrayne married Allen Burch in Sacred Heart Church in Springfield.

Lorrayne worked for many years at Mazon State Bank until her retirement. She was a member of Assumption of the Blessed Virgin Mary Roman Catholic Parish in Coal City and belonged to the Coal City Area Club. She enjoyed ceramics; was an exceptional baker, and looked forward to her monthly luncheons with the ladies from the bank. Lorrayne was always on the go, and she enjoyed shopping. Recently she found great pleasure in simply taking rides with Al in the Jeep with the top down. One who was always ‘to the point’, Lorrayne was truly a giving person, who had a selfless demeanor and never knew a stranger. She treasured her roles as a wife and mother, and was filled with joy to become a grandmother to her three amazing grandchildren, which were her life. The days ahead will never be the same without Lorrayne here, but she leaves behind a timeless legacy, and her loved ones will proudly carry on in her footsteps.

Lorrayne was preceded in death by her parents; one brother, Joseph; two sisters: Ellen and Christine; her father-in-law and mother-in-law: Eldon and Beulah Burch, and one brother-in-law, George Burch.

The family will receive friends for a visitation at Reeves Funeral Home, 75 N. Broadway (one block north of Illinois Route 113) in Coal City on Saturday, November 6, 2021 from 9:00 a.m. until 11:30 a.m. Funeral services will follow at 12:00 p.m. in Assumption Catholic Church, 215 S. Kankakee Street in Coal City. A Mass of Christian Burial will be celebrated with Reverend Joshua Miller presiding and assisted by Deacon William Dunn.

Preferred memorials may be made as gifts in Lorrayne’s memory to a local food pantry or animal shelter of the donor’s choosing.

Family and friends are encouraged to sign the guest book, upload photographs and share Lorrayne’s memorial page online through social media by logging onto: www.ReevesFuneral.com/obituary/Lorrayne-Burch

To order memorial trees or send flowers to the family in memory of Lorrayne Burch, please visit our flower store.