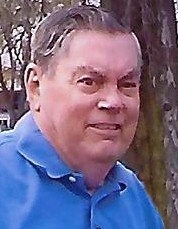 In lieu of flowers, memorials may be given to St. Peter U.C.C. Church in Lenzburg, IL.

Condolences may be expressed online at www.heilschuessler.com.

Interment will take place at 1 p.m. on Saturday, March 28, 2020 at Braceville-Gardener Cemetery.

Local services and arrangements have been made under the direction and care of Reeves Funeral Homes, Ltd., 75 North Broadway Street, in Coal City (815) 634-2125.

To order memorial trees or send flowers to the family in memory of Louis Wakeman, please visit our flower store.
Send a Sympathy Card