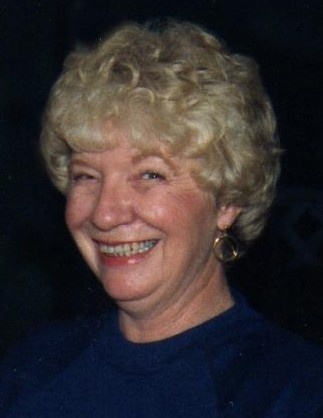 Age 80 of Coal City and formerly of Wilmington, passed away Saturday afternoon, August 3, 2019 at her home surrounded by her family.

Born October 18, 1938 in South Amboy, New Jersey, Margaret Ann was a daughter of William Edward “Jersey” and Ruth Ann (Connor) Klegman. She was raised in Coal City and graduated from Coal City High School. On November 11, 1958, Peggy married Gerald Ragain in Coal City. Together they made their home and raised their family in Ragainville, Wilmington.

Peggy worked as a furniture and carpeting sales associate at Montgomery Wards in Joliet for more than 20 years, and later owned and operated Western World Racing Hut. She was active with the County Line Kickers, participated in Godley Park District Trips and was a regular at Thursday night Bingo held at the Gardner American Legion.

Family was Peggy’s priority. Endless memories were created at Wednesday night dinners, as well as Sunday morning breakfasts. Anyone who came to the table, was fed by Peggy. A lover of nature, Peggy enjoyed her flowers and watching the birds. Tom Skilling was a favorite and though she had a love/hate relationship with squirrels, her beautiful yard made for epic Easter egg hunts.

Peggy was a fan of the Chicago Bears, and enjoyed garage sales. Birthday dinners were highlighted by her candid birthday poems that each family member received beginning on their 18th year. Peggy had a way of creating a special relationship with each and every one of her family members. She lived her life fully, and now passes on a legacy for her family to hold close and carry on forevermore.

The family will receive friends for a memorial visitation on Wednesday August 7, 2019 between the hours of 3:00 p.m. and 8:00 p.m. at Baskerville Funeral Home, 700 East Kahler Road in Wilmington. Services will follow Thursday morning, August 8, 2019 in the funeral home at 10:00 a.m. with Peggy’s nephew, Rev. Scott Strobel officiating. Inurnment will be in Abraham Lincoln National Cemetery in Elwood, where Peggy will be laid to rest with her late husband Gerald. Everyone is invited to join together for the memorial luncheon at the Wilmington Moose Lodge, immediately following the services.

Preferred memorials may be made as gifts in Peggy’s memory to Joliet Area Community Hospice, 250 Water Stone Circle, Joliet, Illinois 60431.

Family and friends may sign the guest book, upload photographs or share Peggy’s memorial page online through social media by logging onto: www.BaskervilleFuneral.com/notices/MargaretPeggy-Ragain.

To order memorial trees or send flowers to the family in memory of Margaret "Peggy" Ragain, please visit our flower store.