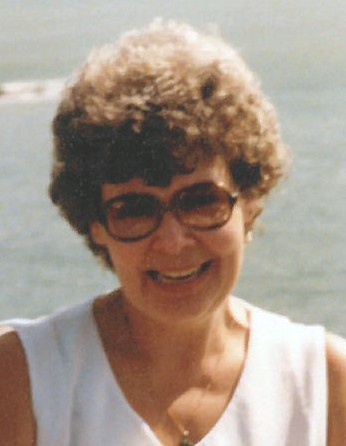 Age 88 of Joliet passed away Sunday August 25, 2019 at Sunny Hill Nursing Home of Will County in Joliet.

Born April 4, 1931 in Joliet, Marilyn Jeanette was a daughter of Harold and Margaret (nee Zinser) DeZee. She was raised and educated in Joliet, graduated from Joliet Central High School, and received her nursing degree from Silver Cross School of Nursing. On July 7, 1951, Marilyn married Joseph C. Friebele in Oshkosh, Wisconsin.

She began her nursing career at Silver Cross Hospital in Joliet before gaining employment at the Illinois Youth Center’s medical department in Joliet, where she would work for thirty years until she retired in 1991 as the head of the medical department.

Marilyn was preceded in death by her parents; her husband Joseph; and two brothers and one sister.

Per Marilyn’s wishes, flameless cremation rites have been accorded.

The family will receive friends for a memorial visitation on Friday August 30, 2019 at Baskerville Funeral Home, 700 East Kahler Road, in Wilmington from 4:00 p.m. to 7:00 p.m. Family and friends will gather at Baskerville Funeral Home on Wednesday September 4, 2019 at 1:00 p.m. to depart in funeral procession at 1:30 p.m. Inurnment will be in Abraham Lincoln National Cemetery at 2:00 p.m. where Marilyn and her husband Joseph will be laid to rest.

Preferred memorials may be made as gifts in Marilyn’s memory to Joliet Area Community Hospice.

Family and friends may sign the online guest book, upload photographs, or share Marilyn’s memorial page by logging onto: www.BaskervilleFuneral.com

Flameless cremation rites and memorial arrangements have been made under the direction and care of Baskerville Funeral Home in Wilmington (815) 476-2181 .

To order memorial trees or send flowers to the family in memory of Marilyn Friebele, please visit our flower store.