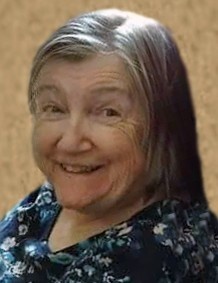 Born June 24, 1948 in Morgantown, West Virginia, Martha Alice is the daughter of Mary Bittaker and the late Lawrence Gallagher. She was raised and educated in Wilmington, and graduated from Wilmington High School with the Class of 1967. On June 29, 1968, Martha married Joseph Wayne Squellati in Assumption Catholic Church in Coal City. She was a member of Saint Rose Catholic Church in Wilmington, volunteered at Saint Rose School, and was a member of the Coal City Area Club. Martha enjoyed reading and going to the Wilmington Public Library, as well as doing crossword puzzles and playing bingo. She participated in a regular bowling league, and will be remembered most as a loving and devoted wife, mom and grandma.

Visitation and video tribute will be Tuesday March 13, 2018 between the hours of 4:00 and 8:00 p.m at Baskerville Funeral Home, 700 East Kahler Road, in Wilmington. Funeral services will follow Wednesday March 14th, at 10:00 a.m. in the funeral home. Reverend Sebastian Gargol will preside. Burial will be in Mount Olivet Catholic Cemetery, Braidwood.

Family and friends may sign the online guest book, upload photographs, or share Martha's memorial page by logging onto: www.BaskervilleFuneral.com

To order memorial trees or send flowers to the family in memory of Martha Squellati, please visit our flower store.