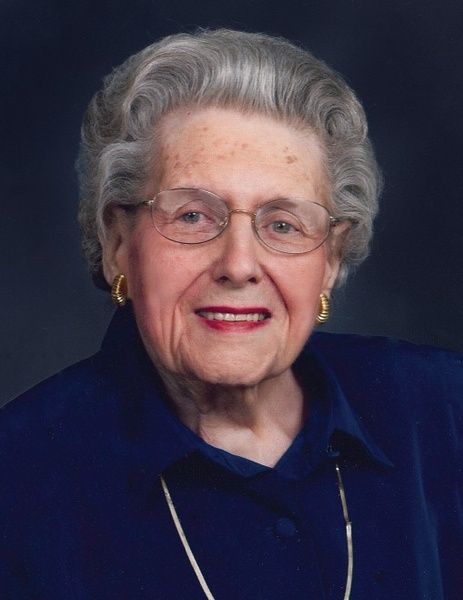 Age 94 of Pontiac, passed away Tuesday, October 16, 2018 at Weiss Memorial Hospital in Chicago.

Born October 28, 1923 in Pontiac, Mary Helen was the daughter of Samuel Perrin (S.P.) and Mary (Nolan) Bradley. She was raised and educated in Pontiac; attended St. Mary's Grade School and graduated from Pontiac Township High School with the class of 1941. Mary Helen went on to attend the Gallagher School of Business in Kankakee and after completing the two year program, gained employment with the Federal Bureau of Investigation in Chicago. She was later introduced to John R. Burke who had just returned home from his honorable service in the war. On June 3, 1946 they were married in Pontiac, and together bought a home and raised their family.

Mary Helen happily took on the role as homemaker, but also worked as office manager for Burke Service Cleaning and Pest Control. She was a devoted member of St. Mary's Catholic Church in Pontiac and belonged to the Altar and Rosary Society, as well as the Catholic Women Society. In her free time she enjoyed collecting stamps and postcards and would never miss the Wednesday afternoon bridge game with her friends. Mary Helen's favorite times were always spent with her children, grandchildren and great-grandchildren.

Mary Helen was preceded in death by her parents, husband, John on May 21, 1999; son: John Kevin and brothers: William N. Bradley and Phillip N. Bradley.

Burial will be in St. Mary's Catholic Cemetery in Pontiac, where Mary Helen will be laid to rest with her late husband. Pallbearers will be: Mike Heenan, Paul Krieghauser, Terry LeGris, Joe List, Steve Smith, and Glen Zehr.

In lieu of flowers, memorial contributions may be made as gifts in Mary Helen's memory to St. Mary's School.

To order memorial trees or send flowers to the family in memory of Mary Burke, please visit our flower store.