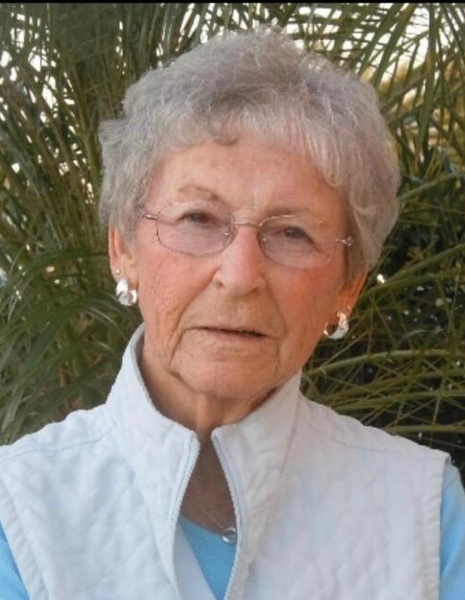 Age 86 of North Fort Myers, Florida, and formerly of Braidwood and Custer Park, passed away Monday, September 21, 2020 in Essex.

Born November 29, 1933 in Braidwood, Mary Alice was a daughter of James, Sr. and Alice (Poppleton) Baber. She was raised and educated in Braidwood and Custer Park, and graduated from Reed-Custer High School with the Class of 1950. On March 31, 1951, Mary married Robert Keith Caise at the First Presbyterian Church in Braidwood.

She was first employed by the Joliet Arsenal Ammunition Plant and later gained employment with First Savings and Loan for ten years, and then Home Savings and Loan for fifteen years from where she would retire in 1990. Mary was an avid golfer and especially enjoyed playing at the Six Lakes Country Club in North Fort Myers where she was a member. She also enjoyed to read and spend time with her family.

Per Mary’s wishes, cremation rites have been accorded, and private inurnment will take place on Monday, September 28, 2020 at Abraham Lincoln National Cemetery in Elwood, where she and her husband will be laid to rest together.

In lieu of flowers, memorial donations may be made to the family or to Joliet Area Community Hospice.

Family and friends may sign the online guest book, upload photographs, and share Mary’s memorial page by logging onto: www.BaskervilleFuneral.com

To order memorial trees or send flowers to the family in memory of Mary Caise, please visit our flower store.
Send a Sympathy Card