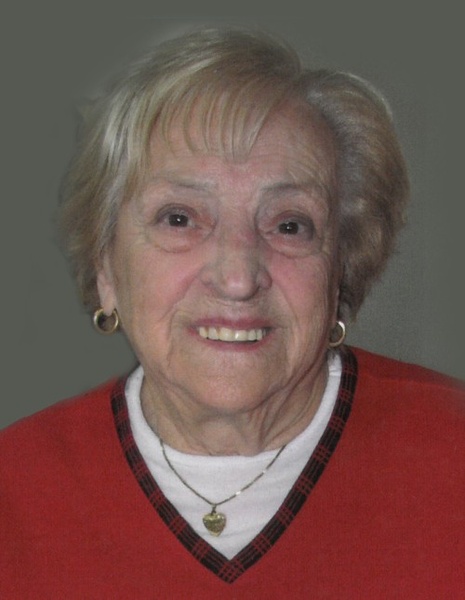 Age 99 of Wilmington and formerly of Channahon and Chicago, passed away Tuesday morning, February 9, 2021 at her home.

Born October 12, 1921 in Croatia, Mary Ann was a daughter of John and Mary (Velcich) Mikicich. She emigrated from Europe at the age of ten where she was raised in the Bridgeport neighborhood and attended St. Jerome School. On December 26, 1942, Mary married John Radman in St. Jerome Croatian Catholic Church and together they made their home and raised their family. Over the years, Mary was a member of St. Brendan’s, as well as Our Lady of the Snows and St. Camillus Parish.

She held employment with Bauer and Black, manufacturing medical supplies during WWII, and later worked for Fair Department Store in Chicago, as well as at the Engineer’s Club downtown Chicago.

Mary and John relocated to Channahon, Illinois with their son Mike in the early 1990’s, and here she was active parishioner of St. Ann Catholic Church until most recently moving to Wilmington where she belonged to St. Rose of Lima Parish.

A dedicated wife, mother, grandmother and great grandmother, Mary took pleasure in both flower gardening and vegetable gardening, as well as knitting and crocheting.

Mary was preceded in death by her parents; husband John; great grandson, Liam Miller and one brother, George Mikicich.

The family will receive friends for a visitation at St. Jerome Croatian Catholic Church, 2823 S. Princeton Avenue in Chicago on Thursday, February 18, 2021 from 10:00 a.m. until the time of funeral service 11:00 a.m. A Mass of Christian Burial will be celebrated with Father Jozo Grbes presiding.

Burial will follow in St. Mary’s Catholic Cemetery in Evergreen Park, where Mary will be laid to rest with her late husband.

A celebration of life will be planned later in the year, when the pandemic restrictions are lifted and it becomes safe for family and friends to gather.

In lieu of flowers, the family wishes for Masses in Mary’s honor.

Family and friends may sign the guest book, upload photographs and share Mary’s memorial page online through social media by logging onto: www.BaskervilleFuneral.com/obituary/Mary-Radman

To order memorial trees or send flowers to the family in memory of Mary Radman, please visit our flower store.