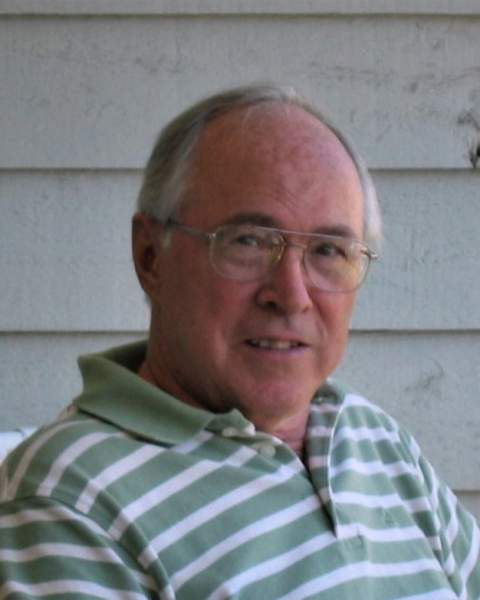 Age 84, of Ellison Bay, Wisconsin passed away peacefully in Minooka, IL surrounded by family on September 7, 2022.

Born on August 12, 1938 to Matthew and Jessie (Little) Vigliocco.  Matt graduated from Coal City High School, Class of 1956.  While attending Joliet Junior College, he met his future wife, Jan.  They were married, January 31, 1959, during his winter break from the University of Illinois where he graduated with a degree in Business in 1960.

Matt was a self-employed insurance agent for 25 years in Coal City until 1985 when he and Jan moved to Ellison Bay.  During his years in Coal City, Matt was a member of the Coal City Area Club, where he served on the Board of Directors; was active in the Lions Club, and belonged to New Hope Presbyterian Church.

A skilled woodworker with meticulous attention to detail, he built their home in Ellison Bay himself.  After relocating, Matt began working at The Clearing where he enjoyed using his skills to manage the buildings and grounds for nearly 20 years.  His continued love and talent for woodworking was lifelong, and he was still designing and creating well into his 80s.

Matt was a cherished husband, father, father-in-law, grandfather and great-grandfather, teaching and exemplifying admirable qualities like patience, humor, and life-long learning.  When most people his age were shying away from technology, he educated himself on computers and built his own.  He quickly became the "go to" for family and friends' computer repairs and questions, even his college-aged grandchildren.

Matt always loved sports.  His move to Wisconsin converted him into an avid Brewers, Bucks, and Packers fan much to the dismay of his Illinois family.  However, one shared love was for the Illini.  He never stopped rooting for his Alma Mater, especially during basketball season.

For many years, Matt and Jan escaped the cold of Wisconsin and enjoyed wintering in Gulf Shores, Alabama.  There, they made wonderful friendships and memories that they treasured, but Matt's happiest place was always in Door County.  He loved time in his workshop, watching the birds, maintaining his woods, and sharing his knowledge of all things nature with his grandchildren and great-grandchildren.  He enjoyed visits from family and sharing his favorite places and restaurants.  He volunteered in Kiwanis for many years and kept old friends and also made new ones.  He was always a regular at his breakfast group on Thursdays.

A true gentleman, Matt's integrity, even temper, and humility set a wonderful example for his family.  His wisdom made his opinion and advice sought after and valued, but he was always careful to not offer it without being asked.  His family is grateful to have the memories, fun and values he shared to remember him and to share his legacy with his great-grandchildren.

Matt was preceded in death by his parents and his sister, Dorothy (late Donald) Ulivi and brother in law Harvey Lynn.

A private Celebration of Life has been held by his immediate family.

Memorials in Matt’s name can be made to Samaritan’s Purse and Lightways Hospice.

Cremation services and arrangements have been made under the direction and care of Reeves Funeral Homes, Ltd. in Coal City, Illinois. (815-634-2125)

Send a Sympathy Card
Make a donation to Samaritan's Purse in memory of Matthew J. Vigliocco
​