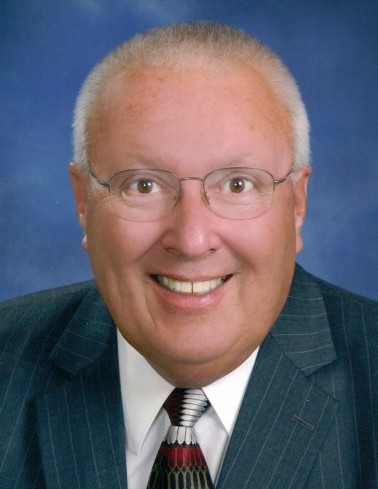 Born November 24, 1947 in Pontiac, Illinois, Michael was a son of John R. And Mary Helen (Bradley) Burke. He was raised in Pontiac; graduated from Pontiac Township High School with the Class of 1965, and attended Loop College in Chicago. He went on to graduate from Bloomington School of Practical Nursing in 1971 and worked as a ward nurse for the Department of Corrections before entering mortuary college. Mike graduated from Worsham College of Mortuary Science in 1979 and began his apprenticeship with Clancy Funeral Home in Kankakee, before having the opportunity to return home to Pontiac. He gained employment with the Raleigh J. Harris Funeral Home of Pontiac in 1980, and in1981 Mike moved to Cullom, where he began establishing his legacy of service for the following 26 years. Mike funeral directed for the Raleigh J. Harris Funeral Home until 1992, and co-owned Martin-Burke Funeral Homes from 1992 until 2007. During this time frame he also took the position of Livingston County Deputy Coroner in 1988, which later led to being named Livingston County Coroner on November 12, 1991. This was a public position, Mike took with great honor and remained humbled by the job he did, the people he served and the families and friends he made.

Mike was an active member of St. Mary’s Catholic Church in Pontiac, the Knights of Columbus Council #854 in Pontiac, the B.P.O. Elks Pontiac Lodge #1019, and the Loyal Order of Moose Lodge #745 in Bloomington. He was the United Way co-chair in 2004 and enjoyed giving history programs on Livingston County utilizing his collection of postcards.

Survivors include his daughter and son-in-law, Joanna and Steven Fief of Clarksville, Tennessee; two grandchildren: Nora Catherine Fief and Gabriel James Fief; one sister, Kathleen Burke and one brother, Dr. James B. Burke, both of Chicago; one sister-in-law, Laurie Burke of Iowa, and nieces and nephews: Megan A. (Matt) Bowman of Minnesota, and Kyle P. Burke, Mary Kate Burke and Liam J. Burke, all of Pontiac; two great nieces and one great nephew, as well as cousins and countless friends.

A private family Mass of Christian Burial was held at St. Mary’s Catholic Church in Pontiac and inurnment followed in St. Mary’s Cemetery, where Mike was laid to rest in the Burke family lot.

To honor Mike's wishes, the family looks forward to welcoming everyone to a Celebration of Life in Pontiac as soon as it is safe for all of us to gather.

Please no flowers. Preferred memorials may be made as gifts in Mike’s memory to the Clark Hose Company of the Pontiac Fire Department, to St. Mary’s Grade School Building Fund or to Wesley Place-Chicago Methodist Senior Services.

An online guest book, as well as the recording of the Mass of Christian Burial, honorary procession and committal services are available by logging onto Mike’s Memorial Page at: www.Reeves-Baskerville.com/obituary/Michael-Burke.

Cremation service and memorial arrangements have been made under the direction and care of Reeves & Baskerville Funeral Homes. (815-634-2125)

To order memorial trees or send flowers to the family in memory of Michael Burke, please visit our flower store.
Send a Sympathy Card