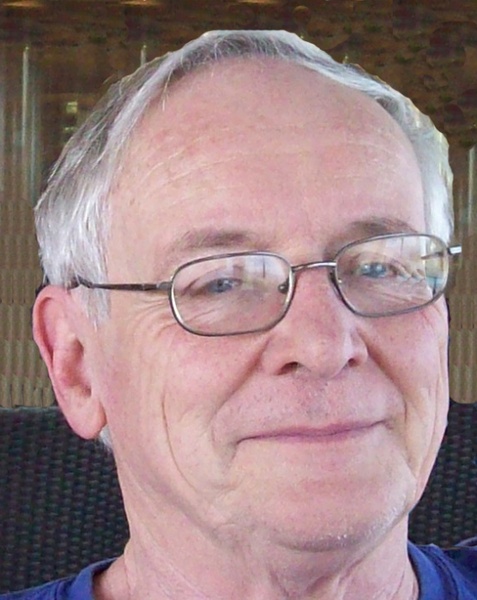 Michael William Farrell, 69, passed away on March 14, 2020, at Loyola – Maywood (IL) Medical Center, just ten weeks after being diagnosed with cancer, eventually determined to be an aggressive form of non – Hodgkin lymphoma.

Mike was born in Winona, Minnesota, on September 27, 1950, the son of Mary Ellen Wilson Farrell and Francis M. Farrell.  He was educated in Winona’s public schools and received his bachelor’s degree in History from Ripon (WI) College in 1972.  After two years of master’s degree studies in journalism at the University of South Carolina, Mike joined the staff of the Morris (IL) Daily Herald where he worked for the next 36 years as a reporter and editor until his retirement in 2010.  Mike’s diligent and accurate reporting on local politics and government kept the citizens of the area well – informed for decades and won him several awards for his reportage and writing.

In 1982 he married Charlotte M. Bohner, an educator and IT specialist, and together they formed an indissoluble partnership that flourished for 37 years, until her death in 2019.  Active contributors to many facets of the Morris community, both before and after retirement, Mike and Charlotte also traveled widely both in the United States and the world, including Russia, China, Europe, Central and South America, and a photographic safari in Africa.  Avid students of history, Mike and Charlotte included every extant Presidential library in their travels within the U.S.  Mike’s hobbies included sports, especially following the Twins, Vikings and Ripon College teams, as well as gardening and reading history.

He was preceded in death by his parents and wife and is survived by his brother Martin Farrell of Ripon, Wisconsin.

Graveside services will be held Friday, March 20, 2020 at 10:00 a.m. in Evergreen Cemetery, Morris, where Michael will be laid to rest with his wife. A Celebration of Michael's life will be held at a later date

In lieu of flowers, memorial gifts to the First United Methodist Church of Morris or Ripon College are requested.

Family and friends may sign the online guest book, upload photographs, or share Michael's memorial page by logging onto: www.ReevesFuneral.com

To order memorial trees or send flowers to the family in memory of Michael Farrell, please visit our flower store.