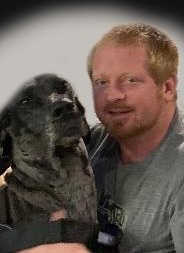 Age 42 of Dowagiac, Michigan and formerly of Coal City, Illinois, ascended on March 9, 2022.

Born August 31, 1979 in Morris, Illinois, Michael James, Jr. is a son of Michael, Sr. and Theresa (Vaughn) Ryan of Diamond. He was raised and educated in Coal City and graduated from Coal City High School.

Mike worked as a Pipefitter and was also a Medical Marijuana Caregiver. He was a member of Pipefitters Local #172 out of South Bend, and belonged to the Coal City Area Club.

One who had a generous and giving heart, Mike loved music, and enjoyed being in nature hiking and boating. His soul was always the life of the party and his generous nature was always taking care of others. In addition to being the bringer of good times, Mike could recite Jimmy Morrison and will be remembered for his sacred geometry and spiritual tattooing.

Survivors include his parents, Mike and Theresa Ryan; one son, C.J. Elam (Fiancé Emma Manietta) of Diamond; brother, Nicholas Ryan of Diamond; his grandmother, Joan Ryan of Coal City; numerous cousins including his special cousin Israel Mandrake, who was like a brother, and unmeasurable and countless friends, as well as his companion and soulmate dog, Luna.

Mike was preceded in death by his maternal grandparents, Vernon and Jean Vaughn and paternal grandfather, Harold “Heb” Ryan.

The family will receive friends for a visitation at Coal City United Methodist Church, 6805 East McArdle Road in Coal City in Monday, March 14, 2022 from 4:00 p.m. until the time of funeral service, 6:00 p.m. Reverend Brad Shumaker will officiate, and cremation rites will be accorded following the services.

Preferred memorials may be made as gifts in Mike’s memory to a charity of the donor’s choosing.

Funeral services and cremation arrangements have been made under the direction and care of Reeves Funeral Homes, Ltd. in Coal City. (815-634-2125) www.ReevesFuneral.com

To send flowers to the family in memory of Michael James Ryan, Jr., please visit our flower store.