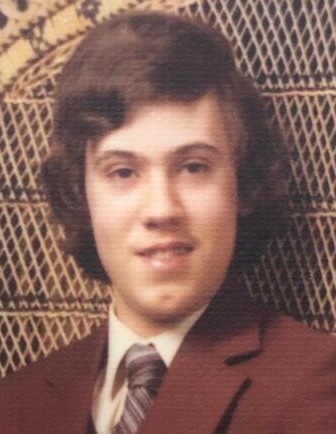 Age 57 of Gardner and formerly of Joliet, Illinois, passed away Monday, April 26, 2021 at Heritage Health of Dwight.

Born August 8, 1963 in Joliet, Illinois, Michael Eugene is a son of Jean (nee Hannah) Stedman of Gardner and the late James Thomas “J.T.” Stedman. He was raised in Joliet and graduated from Joliet Center High School. Following graduation, Mike went on to honorably serve in the United States Navy before entering into a career with the United States Postal Service, where he was a letter carrier. He was a member of the American Postal Workers Union, and in his free time enjoyed motorcycles and go-karts. Mike was also an accomplished writer and a published author.

One who would help anyone in need, when he was able, Mike loved his family and friends dearly, and cherished his dog Boris.

The family will receive friends for a visitation at Reeves Funeral Home, 75 North Broadway (one block north of Illinois Route 113) in Coal City on Saturday, May 8, 2021 from 12:00 p.m. until time of funeral service 1:00 p.m.

Those wishing to participate in the services virtually are welcome to join the live stream beginning at 1:00 p.m. on Saturday.  A link for the event will be available on Mike’s memorial page.

Family and friends are encouraged to sign the guest book, upload photographs and share Mike’s memorial page online through social media by logging onto: www.ReevesFuneral.com/obituary/Michael-Stedman

Funeral services and arrangements have been made under the direction and care or Reeves Funeral Homes, Ltd. in Coal City. ( 815-634-2125 )

To order memorial trees or send flowers to the family in memory of Michael Stedman, please visit our flower store.
Send a Sympathy Card