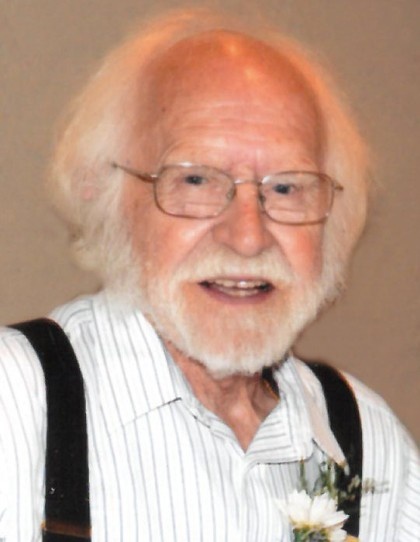 Born November 8, 1928 in Georgetown, Illinois, Myrland Owen was a son of Edgar and Leona (Lanter) Bennett. He was raised in Georgetown and attended Georgetown Township High School. Mo gained employment in 1949 with the Elgin, Joliet & Eastern Railroad in Gary, Indiana, before going on to valiantly serve in the United States Army. It was during his time in the service he earned a Korean Service Medal, two Bronze Stars, the National Defense Service Medal, United Nations Service Medal and an Overseas Bar before being honorably discharged in December of 1953. Upon his return home, Mo held employment for a few short years with General Motors before back to work for the EJ&E Railroad, where he worked as a Locomotive Engineer and retired following more than 40 years of service. After his retirement Mo then took a position with Wal-Mart in Morris, where he was employed another 12 years in the Sporting Goods Center.

Mo was a former member of St. Mary Nativity Church in Joliet; was a member of Cantigny Post 367 in Joliet, and belonged to the A.F. & A.M Mazon Lodge 826, the Scottish Rite of South Bend and the Morris Shrine Club. In his free time, Mo loved to golf, enjoyed the birds, and took great pleasure in wood working and furniture making.

The family will receive friends for a memorial visitation at Reeves Funeral Home, 75 N. Broadway (one block north of Illinois Route 113) in Coal City on Wednesday, July 14, 2021 from 4:00 p.m. until the time of Masonic Service at 7:00 p.m.

Inurnment will follow in Abraham Lincoln National Cemetery in Elwood on Thursday, July 15 ,2021. Family and friends may gather at the funeral home beginning at 9:00 a.m., and a procession will depart the funeral home at 10:00 a.m. Military honors will be rendered by the Abraham Lincoln National Cemetery Honor Squad, along with the United States Army at 11:00 a.m. Committal services will be presided by Reverend Joshua Miller from Assumption of the Blessed Virgin Mary Roman Catholic Parish in Coal City.

Preferred memorials may be made as gifts in Mo’s memory to the Shriner’s Children Hospital.

Family and friends may sign the guest book, upload photographs and share Mo’s memorial page online through social media by logging onto: www.ReevesFuneral.com/obituary/Mo-Bennett

To order memorial trees or send flowers to the family in memory of Mo Bennett, please visit our flower store.
Send a Sympathy Card