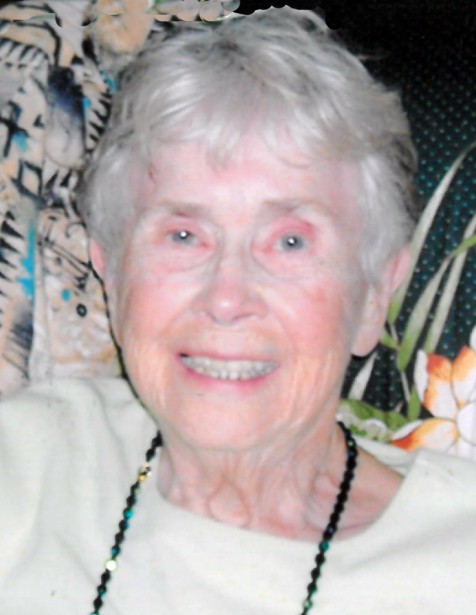 Age 96 of Morris, Illinois, formerly of Charleston, Illinois and Naperville, Illinois, passed away Saturday, April 25, 2020, at her home.

Born February 14, 1924 in Humboldt, Illinois, Nadine Hope was a daughter of William and Grace (nee Speck) Rennels. She was raised and educated in Charleston and graduated from Humboldt Community High School with the Class of 1942. After graduation, Nadine worked as a secretary for Houdaille-Hershey aiding in the war effort during World War II. She later attended Eastern Illinois University and completed her Bachelor’s Degree in Home Economics Education in 1949 and her Master’s Degree in Guidance and Counseling in 1965. Nadine also completed an advanced certification in Guidance and Counseling at University of Illinois at Urbana-Champaign in 1970.

Nadine attended First Presbyterian Church in Morris, and in her spare time she enjoyed tending to her beautiful garden. She made her health a high priority in her life and cared deeply about maintaining her personal fitness and healthy nutrition. Nadine also loved to travel all around the world and had a gift for painting.

Nadine was preceded in death by her parents and four siblings: Dorothy Nolte, Mary Coutant, Jack Rennels, and Willa Ashby.

Private family services will be held, and Nadine will be laid to rest at Resthaven Cemetery in Mattoon, Illinois.

In lieu of flowers, donations may be made as gifts in Nadine’s memory to the Morton Arboretum, or to a Veteran’s charity of your choosing

Family and friends may sign the online guest book, upload photographs, or share Nadine’s memorial page by logging onto: www.ReevesFuneral.com

Funeral services and arrangements have been made under the direction and care of Reeves Funeral Homes, Ltd. In Morris (815) 942-2500 .

To order memorial trees or send flowers to the family in memory of Nadine Rennels Tooley, please visit our flower store.
Send a Sympathy Card