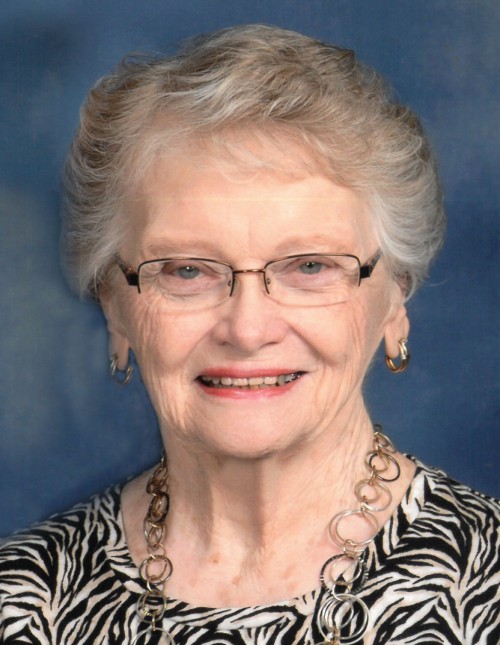 Age 88 and a lifelong resident of Coal City, passed away peacefully Tuesday morning, September 22, 2020 at her home.

Born July 21, 1932 at home in Coal City, Nancy Grace was a daughter of John and Elizabeth (Thorton) Ross. She was raised and educated in Coal City and graduated with the Coal City High School Class of 1950. Following graduation, Nancy worked for the Joliet Army Ammunition Plant as a secretary until traveling to England, where she married Henry A. Lyons in High Wycomb, England on March 25, 1954. Following Henry’s discharge from the United States Air Force, they made their home and raised their family in Coal City.

Nancy held employment with the Coal City School District for 21 years, serving as an assistant librarian at the Elementary School. She was a longtime member of New Hope Presbyterian Church in Coal City, where she was active in the New Hope Women’s Association; she belonged to the Coal City Women’s Club, and volunteered in serving the Coal City Food Pantry. Nancy enjoyed traveling, cooking, baking and decorating, and her greatest accomplishment was being an extraordinary wife, mother and grandmother.

The family will receive friends for a visitation at New Hope Presbyterian Church, 80 North Garfield Street (at First Street) in Coal City on Thursday, September 24, 2020 from 3:00 p.m. until the time of funeral service, 6:00 p.m. Pastor Mark Hughey will officiate.

A private family burial will follow in Abraham Lincoln National Cemetery in Elwood.

Family and friends are encouraged to sign the guest book, upload photographs or share Nancy’s memorial page on social media by logging onto: www.ReevesFuneral.com/obituary/Nancy-Lyons

To order memorial trees or send flowers to the family in memory of Nancy Lyons, please visit our flower store.
Send a Sympathy Card