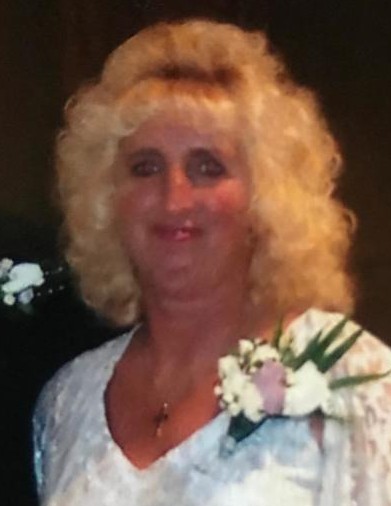 Age 62 of Diamond, passed away Saturday, August 11, 2018 at Aperion Care in Wilmington.

Born September 9, 1955 in Joliet, Illinois, Pamela Ann was a daughter of William Robert and Constance Marie (Baudino) Frye. She was raised in Coal City and graduated with the Coal City High School Class of 1973. Pam’s employment entailed being an independent contracted courier of various news media publications locally, in the rural areas. She enjoyed playing the organ and ceramics in the years past, and loved bingo. Her schnauzer Charlie, was one of her pride and joys.

Pam leaves behind a wonderful legacy of being remembered as a truly nurturing and caring soul. She was a devoted mother, and there is no doubt that her presence among her family will be deeply missed and fondly remembered.

Survivors include her two sons: John, Jr. (Melissa) Harvey of Braidwood and Joseph (Beth) Harvey of Wilmington; one granddaughter, Ashley Nicole (Nate) Swatzell of Wisconsin; her sister, Wendy Huston of Coal City; brother, Robert Frye of Yorkville; one aunt, Marijayne Baudino of Kinsman, and her former daughter-in-law, Ami Finn of Wisconsin, as well as numerous nieces, nephews and cousins.

Pam was preceded in death by her parents, Bill and Connie Frye; her husband Brad Michael Oram on February 17, 2018; one son, William George Harvey on February 13, 2017; one grandson, John Patrick Harvey in infancy, and her brother-in-law, Kenny Huston.

The family will receive friends for a memorial visitation at Reeves Funeral Home, 75 North Broadway (one block north of Illinois Route 113) in Coal City on Friday, August 17, 2018 from 5:00 p.m. until time of Service, 7:30 p.m. Reverend Brad Shumaker from the Coal City United Methodist Church, along with family members will co-officiate the Celebration of Life Services.

Preferred memorials may be made as gifts in Pam’s memory to the family for their distribution.

Family and friends may sign the guest book, upload photographs or share Pam’s memorial page online via social media, by logging onto: www.ReevesFuneral.com/notices/Pamela-Oram.

To order memorial trees or send flowers to the family in memory of Pamela Oram, please visit our flower store.
Send a Sympathy Card