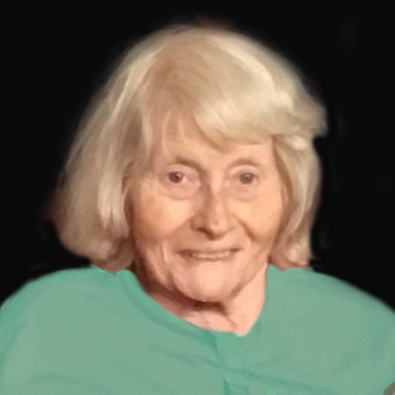 Born November 2, 1937 in West Frankfort, Illinois, Patricia Ann was the daughter of Raymond and Elizabeth (Argyle) Jones. She was raised and educated in Coal City and graduated from Coal City High School. On December 29, 1957 Patricia married Gerald Pierard at Assumption Catholic Church in Coal City, and together they made their home and raised their family in Coal City.

In years past, Pat was employed by the Joliet Arsenal Ammunition Plant, and was a former member of New Hope Presbyterian Church in Coal City. One who will be remembered as a social butterfly, Pat could strike up a conversation with anyone who crossed her path. She was a talented baker whose shortbread cookies were coveted by her family and friends. Pat was a lover of all animals and enjoyed having her home neatly decorated, especially for the holidays and family gatherings. Family was always Pat’s number one priority, and she cherished the memories made with them, especially her grandchildren and great grandchildren.

Pat was preceded in death by her parents and husband; one son, Steve Pierard, and her brother, Donald Jones.

Private funeral services are being held with Rev. Mark Hughey from New Hope Presbyterian Church officiating. Pat will then be laid to rest at Abraham Lincoln National Cemetery in Elwood with her husband, Gerald.

Those wishing to view Pat’s services virtually are welcome to watch via the following link: PAT PIERARD SERVICE

In lieu of flowers, preferred memorials in Pat’s memory may be made to a Childhood Cancer Research Organization or a local animal shelter of the donor’s choosing.

Family and friends are encouraged to sign the online guest book, upload photographs, and share Patricia’s memorial page through social media by logging onto: www.ReevesFuneral.com

Funeral services and arrangements have been under the direction and care of Reeves Funeral Homes, Ltd. in Coal City. (815) 634-2125

To send flowers to the family in memory of Patricia Pierard, please visit our flower store.