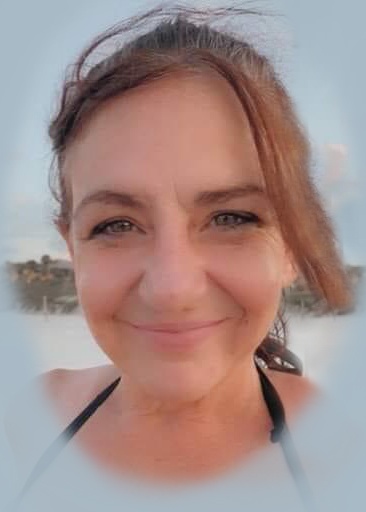 Born September 22, 1974 in Joliet, Illinois, Penny is a daughter of Johnny Lee Crawford, Sr. of Wilmington and the late Louise “Bingo” Kozel (nee Palmer). She was raised and educated in Wilmington and worked over the years bartending at Custer’s Last Stand and Snookers.

One who enjoyed being outdoors, Penny loved her dogs and always had a Chihuahua. Family was of utmost importance to her and she cherished her family, kids and grandkids.

Penny was preceded in death by her mother, Bingo on June 21, 2007; grandparents: Phillip and Ruby Palmer and Lester and Macie Crawford; cousins: Jesse Palmer and Kelly Shewmake and Uncle, Hound Dog Palmer, as well as her dogs, Mijo and Bambam.

The family will receive friends for a visitation on Friday, May 27, 2022 from 3:00 p.m. until the time of funeral service 6:00 p.m. at Baskerville Funeral Home, 700 East Kahler Road in Wilmington. Pastor Jeff Urban will officiate, and cremation rites will be accorded following the services.

Preferred memorials may be made as gifts in Penny’s memory to her family for their distribution.

To send flowers to the family in memory of Penny Lynn Crawford, please visit our flower store.