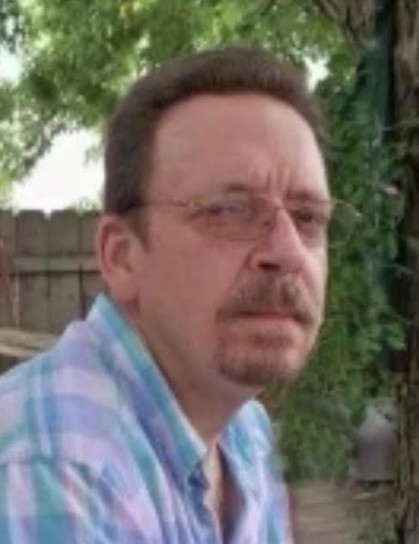 Age 60 of Wilmington passed away Thursday, December 16, 2021 at Momence Meadows Nursing and Rehabilitation.

Born January 19, 1961 in Joliet, Pete is the son of Edith (nee Benge) and the late Johnny Jaudon. He was raised and educated in Wilmington and graduated from Wilmington High School with the Class of 1979. After high school, Pete served in the United States Air Force and, following his military service, became a barber. He worked as a barber for Impressions in Wilmington for several years, and later co-owned and operated a barber shop in downtown Wilmington with his friend, Mary States. Pete enjoyed working with his hands, not only as a barber but by creating beautiful macramé designs. He had a green thumb and loved to tend to his plants, but he especially adored his birds and was fond of keeping parrots as his pets.

Survivors include his mother, Edith Jaudon of Wilmington, aunts and uncles: Ron and Brenda Benge of WIlmington, Laurine and Melvin Heal of Sarasota, Florida, Corky and Joanne Jaudon of Alabama, and Patricia Jaudon of Sardis, Mississippi; and cousins: Jim and Lisa Benge of Douglas, Wyoming, Bob Benge of Ft. Lauderdale, Florida, Ronnie and Jill Benge of Pensacola, Florida, Mick  and Victoria Benge of Martinsville, Indiana, Randy and Laurie Melvin of Wilmington, and Valerie and Marcus Montgomery of Louisville, Kentucky.

Private family services will be held at Baskerville Funeral Home in Wilmington and Pete will be laid to rest in Oakwood Cemetery, Wilmington.

Preferred memorials may be made as gifts in Pete’s memory to the Parkinson's Foundation.

Family and friends are encouraged to sign the online guest book, upload photographs, and share Pete’s memorial page by logging onto: www.BaskervilleFuneral.com

To order memorial trees or send flowers to the family in memory of Pete Jaudon, please visit our flower store.
Send a Sympathy Card