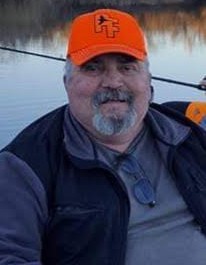 Peter was born October 9, 1950 in Chicago, Illinois. He was raised and educated in Braidwood, and graduated from Reed-Custer High School with the Class of 1968. On August 17, 1970, Peter married Linda L. Endrst in Morris, and together they would raise their family in Diamond.

He served as a police officer in Coal City from 1972 to 1986. Peter then entered the trucking profession and was a proud member of Teamsters Local Union 710 and 736. He was also a member of Assumption Catholic Church in Coal City and the Coal City Area Club. Peter was an avid fisherman and looked forward to any opportunity he had to go fishing, especially his family trips to Cape Faar, Missouri. More than anything, he was a true family man that devoted himself to being a loving husband and father, and cherished anytime spent with his grandchildren.

Peter was preceded in death by his mother-in-law and father-in-law, John and Rita (Girot) Endrst, and his sister-in-law, Janet Powell.

Per Peter's wishes, cremation rites are being accorded and he will be laid to rest at a later date.

Family and friends are encouraged to sign the online guest book, upload photographs, and share Peter's memorial page by logging onto: www.ReevesFuneral.com

To order memorial trees or send flowers to the family in memory of Peter Odo, please visit our flower store.
Send a Sympathy Card