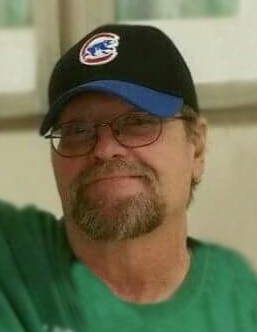 Being born and raised in the Coal City area, Phil Jr. has been able to become a great friend to many through his involvement in Riverside Restorations and the Coal City Area Club concession stand, which is operated by both his parents Phil Sr. and Rose Mehochko. Needless to say, Phil is a devoted family man and most importantly a mama's boy. Phil, to some, was a supporting son and loving Grandpa. To others, he was a second dad that cared and provided like a real dad by creating precious memories and relationships. Not many can say their grandpa or uncle, like Phil, took them out for the weekend every week for 16 years in order to have a great relationship and undying love. Likewise, many aren't able to say that their loved one planned each moment of their lives to be remembered whether it be a trip on Route 66 or by creating a secret family photo album that recorded every single memory in each of their lives. This stood as his testament that family is the only thing he needed to be happy. Even though Phil put on a strong face most of the time, there was always a big smile readily available when he was surrounded by his Mom, Dad, and family especially his three daughters that he loved greatly.  While Phil will be greatly missed by his friends and family, the memories that he created, restored, and preserved will always be cherished and loved. He will never be forgotten, and he will always simply be Grandpa Phil.

Philip was preceded in death by a sister in infancy, one brother Rodney, and his former wife Cynthia Caruso.

A private family graveside and burial will follow Friday in Braceville-Gardner Cemetery.

Preferred memorials may be made as gifts in Philips memory to his family for their distribution.

Family and friends may sign the guest book, upload photographs or share Philip’s memorial page online by logging onto: www.ReevesFuneral.com

To order memorial trees or send flowers to the family in memory of Philip Mehochko, Jr., please visit our flower store.