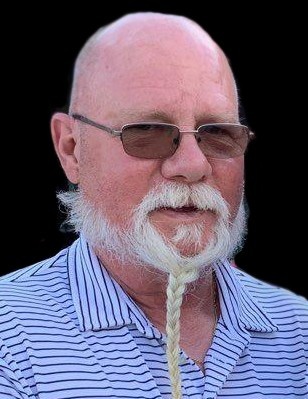 Age 64 of Gardner, Illinois passed away unexpectedly on Monday, December 06, 2021 at Edward Hospital in Naperville.

Born February 4, 1957 in Pontiac, Illinois, Randy Thomas was a son of William Harold and Beata (Benson) Wilkey. He was raised and educated in Reddick, and went on to serve in the United States Navy (1974-1977), where he served both stateside and abroad on the USS Detroit. On September 24, 1983, Randy married Nancy Campbell in Coal City, and together they built a life they loved, and raised their boys in Gardner. He was employed as a Machinist for R.R. Donnelley for 17 years from 1979-1996, and most recently worked as a Paramedic with Dwight, Gardner and currently DULY Health and Care (Formerly DuPage Medical Group).

Randy was a member of the Gardner American Legion and was active in fire service for many years. He was past Fire Chief of Reddick Fire Department and involved with Gardner Fire Department for over 20 years, where he also served as Chief. Randy was an instructor with Chief Shabbona Fire Academy; taught CPR, and was an EMT instructor for Riverside Medical Center. In addition, he was a member of the Illinois Fire Inspector Association, and served as a Fire Investigator for numerous years.

In his free time, he enjoyed to golf and fish, but could more often be found woodworking, as well as working in the yard. Randy was a man of many projects and was always building something. He was a fan of both the Chicago Bears and Cubs, and most of all enjoyed spending time and cooking with his family, especially the grandchildren. His big breakfasts will be missed most of all...

Throughout the years, Randy held many titles: Son, Husband, Father and Chief to name a few. No title was more important to him however, than Grandpa, and Randy's grandchildren were the light of his life. He absolutely loved the time spent with each of them.

Those wishing to participate in the services virtually are welcome to join the live-stream on Saturday morning, December 11, 2021 beginning at 10:00 a.m. A link for the event is available on Randy's memorial page.

Burial will follow in Braceville-Gardner Cemetery, where Randy will be laid to rest with his son, Seth. Pallbearers will be Jamie Wilkey, Chad Wilkey, Jordan Wilkey, Cole Mack, Tyler Wilkey and Gerry Von Qualen

Family and friends are encouraged to sign the guest book, upload photographs and share Randy’s memorial page online through social media by logging onto: Www.ReevesFuneral.com/obituary/Randy-Wilkey

Funeral services and arrangements have been made under the direction and care of Reeves Funeral Homes, Ltd. in Gardner. ( 815-237-2526 )

To order memorial trees or send flowers to the family in memory of Randy Wilkey, please visit our flower store.