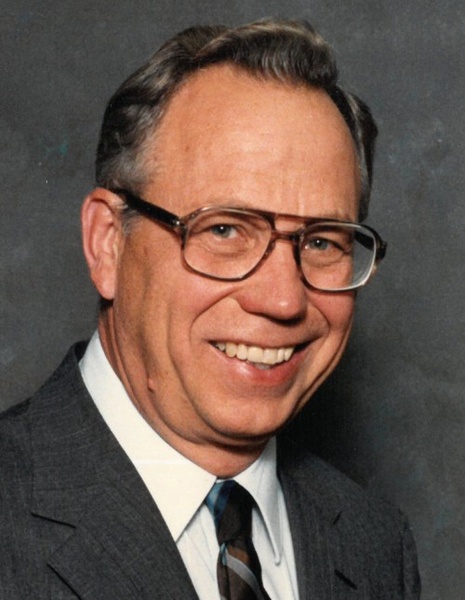 Born March 19, 1928 in Joliet, Illinois, Richard Joseph was a son of Michael and Victoria (Piekarz) Farcus. He attended St. Thaddeus Catholic School in Joliet and went on to graduate from Joliet Township High School. Richard was drafted into the United States Army during the Korean Conflict and honorably served stateside.

On April 28, 1956, Richard married Amy Martha Brunner in St. Thaddeus Catholic Church in Joliet and together they made their home and raised their family. He worked as a machinist, and retired from US Steel after 28 years of service. He was a faithful member of Assumption of the Blessed Virgin Mary Roman Catholic Church in Coal City and belonged to the Area #1 Club.

Richard was one who loved the outdoors and enjoyed hunting, fishing and gardening. He was a diehard football fan, and when he wasn’t cheering on the Chicago Bears would default to the Green Bay Packers or the Minnesota Vikings. Richard was a great artist, enjoyed drawing, and cherished spending time with his grandsons.

The family will receive friends for a COVID observant walk through visitation on Saturday, March 27, 2021 between the hours of 9:30 a.m. and 12:30 p.m. at Reeves Funeral Home, 75 North Broadway (one block north of Illinois Route 113) in Coal City. Funeral services will follow in St. Rose Catholic Church, 604 South Kankakee Street in Wilmington at 1:00 p.m. A Mass of Christian Burial will be celebrated with Reverend Sebastian Gargol presiding and Deacon Jay Plese assisting.

Family and friends are encouraged to sign the guest book, upload photographs and share Richard’s memorial page online through social media by logging onto: www.ReevesFuneral.com/obituary/Richard-Farcus

To order memorial trees or send flowers to the family in memory of Richard Farcus, please visit our flower store.