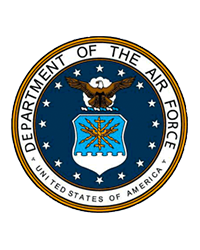 Age 71 of Wilmington passed away Thursday January 3, 2019 at Riverside Medical Center in Kankakee.

Born December 18, 1947 in Chicago, Richard William was a son of William and Gweneth (nee Ostrom) Gunderson. He was raised and educated in Wheaton, and graduated from Wheaton High School. Dick honorably served in the United States Air Force during the Vietnam War, was employed by the County of DuPage Waste Water Treatment Plant for 30 years until he retired, and was a member of the Loyal Order of the Moose Lodge 343 in Wilmington.

He was an avid outdoorsman who enjoyed camping and fishing. Dick was a member of the National Rifle Association and was proud of his collection of shotguns. He was a Green Bay Packers fan, and a Harley Davidson owner who looked forward to long rides on his motorcycle, especially to his property in Wisconsin.

Dick is survived by numerous cousins, and was preceded in death by his parents; his wife: Carol (nee Goddard) Gunderson; and his brother: Robert Gunderson.

Per Dick’s wishes, cremation rites are being accorded, and private services will be held at Abraham Lincoln National Cemetery in Elwood, where he will be laid to rest with his wife.

Family and Friends may sign the online guest book, upload photographs, or share Dick’s memorial page by logging onto: www.BaskervilleFuneral.com

Cremation services and arrangements have been made under the direction and care of Baskerville Funeral Home, 700 East Kahler Road, in Wilmington (815) 476-2181.

To order memorial trees or send flowers to the family in memory of Richard Gunderson, please visit our flower store.
Send a Sympathy Card