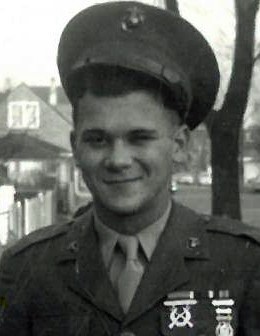 Age 83 of Wilmington, Illinois and formerly of Springville, Tennessee, passed away Thursday, February 13, 2020 at his home.

Born November 22, 1936 in Chicago, Illinois, Richard Louis was a son of John and Ruth  Poulos.  He was raised and educated in New Palestine, Indiana, and went on to serve in the United States Marine Corps during the Korean Conflict.

Richard worked for 30 years at Johnson and Johnson before retiring to Springville, Tennessee.  He was a proud Marine who belonged to the NRA, and was active in the Lutheran faith. Richard enjoyed fishing, hunting, and most of all spending time with his family.

The family will receive friends for a visitation at Baskerville Funeral Home, 700 East Kahler Road in Wilmington on Friday, February 28, 2020 from 10:30 a.m. until the time of the funeral service at 12:30 p.m.

Preferred memorials may be made as gifts in Richard’s memory to his family for their distribution.

The family wishes to extend a special thank you to Richard’s caring neighbors, Sarita and Elroy, as well as to Betty who was a close friend.

Family and friends may sign the guest book, upload photographs or share Richard’s memorial page online through social media by logging onto: www.BaskervilleFuneral.com/notices/Richard-Poulos

Funeral services and arrangements have been made under the direction and care of Baskerville Funeral Home in Wilmington.  (815-476-2181)

To order memorial trees or send flowers to the family in memory of Richard Poulos, please visit our flower store.