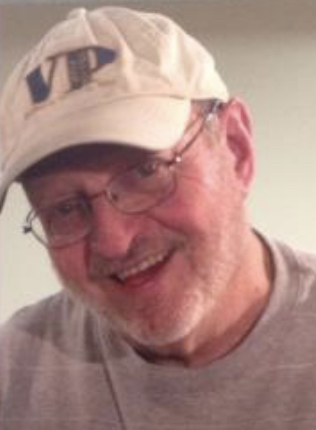 passed away on July 9, 2022. Born in Dayton, Ohio on November 11, 1938 to Richard and Jane Wilcock, Sam was 83 years young when he left us to go on his final adventure. He is preceded in death by his parents, his brother Kenneth Wilcock, and his many beloved pets.

Sam led an adventurous life in his early years and that fun-loving spirit carried with him throughout his life and instilled in his children. He graduated from Fairmont High School, Dayton OH in 1957. He went to Sinclair Community College and then Wright State University, graduating with a degree in Accounting. On August 5, 1977, he married Becky. In 1984, he and the family moved to Morris, IL.

In Morris, he worked as Vice President and Treasurer of Morris Federal Savings and Loan (now Morris Savings Bank) from February 1984 through February 2004. During that time, he also worked at the Morris Walmart, starting in 1997. He retired from there when he turned 80 (2018).

Sam was an avid volunteer. He enjoyed helping with the Boy Scouts when his boys were young. He volunteered with Rotary International during his time with the bank. After Hurricane Katrina, he volunteered with the American Red Cross and ended up going to Washington, D.C. for several weeks to help with the effort there. He also volunteered as a board member for the Morris Public Library for several years. More recently, he volunteered at OSF St. Elizabeth in Ottawa, IL where he helped wheel new moms and other patients to their cars.

Sam enjoyed art of all kinds. For most of his life, his enjoyment was experienced through the talent of others. However, after retiring from the bank, he joined the Morris Water Color Guild and found a new love. He also joined a writing group and started to write a biography about one of his brothers.

Though Sam lived in Illinois for a good chunk of his life, his heart belonged to Lakeside, OH. He spent many summers there on the shores of Lake Erie with his parents, aunts, uncles and cousins as a child and young adult. He continued the tradition with his family taking them there as often as possible. His daughter, Brittany, was married there at the gazebo and his other daughter, Katy, worked there for a summer at The Patio. The family held a few family reunions there as adults. They plan to return there to pay their final respects to Sam in the near future.

In all areas of his life, Sam made an impression on those around him. He made friends everywhere he went and simply enjoyed the company of others.

If you’d like to honor Sam, you can so do by: enjoying an ice cream cone, milk shake, or fudge popsicle; going out and spending time with your family; enjoying your favorite hobby; or volunteering for a cause close to your heart.

Cremation rites have been accorded per Sam’s wishes. A celebration of life service will take place at a later date.

The family request preferred memorials in Sam’s memory may be made as gifts to the American Red Cross.