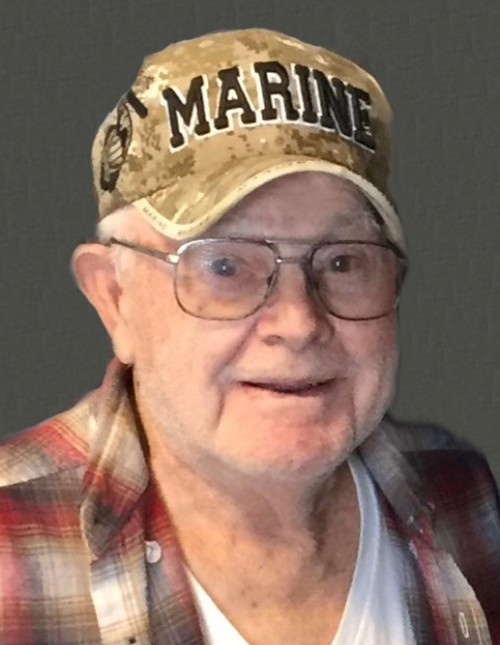 Born April 28, 1931 in Braceville Township, Grundy County, Robert Anthony was a son of James P. and Catherine (Anselmo) Phillips. He attended Hume School and graduated from Morris Community High School with the Class of 1949. Rob went on to honorably serve in the United States Marine Corps during the Korean Conflict, where he was stationed in Japan. On April 23, 1955, Rob married Betty Lou Gaddo in Saint Lawrence Catholic Church in South Wilmington.

Rob farmed for many years and worked for Grundy County Redi-Mix. He was a member of the Morris American Legion Post 294, and enjoyed working on his many projects. Rob could repair nearly anything, and will be remembered as a great teacher who loved to share his skills with his grandchildren, family and friends. No hobby was greater than Rob’s family and grandchildren. He loved being with his children, grandchildren and great grandchildren, and was proud to attend countless sporting events and school activities throughout the years.

A memorial visitation will be held on Wednesday, February 26, 2020 at Reeves Funeral Home, 75 North Broadway (one block north of Illinois Route 113) in Coal City between the hours of 4:00 p.m. and 8:00 p.m. The family will then again receive friends on Thursday morning, February 27, 2020 at Immaculate Conception Catholic Church, 600 East Jackson Street in Morris from 9:30 a.m. until the time of funeral services 10:30 a.m. A Mass of Christian Burial will be celebrated with Reverend Ed Howe, C.R. presiding.

A private family inurnment with military honors will be in Braceville-Gardner Cemetery following the funeral luncheon.

Preferred memorials may be made as gifts in Rob's memory to Joliet Area Community Hospice or the Immaculate Conception Church Building Fund.

Family and friends may sign the guest book, upload photographs or share Rob’s memorial page online through social media by logging onto: www.ReevesFuneral.com/notices/Rob-Phillips

To order memorial trees or send flowers to the family in memory of Rob Phillips, please visit our flower store.
Send a Sympathy Card