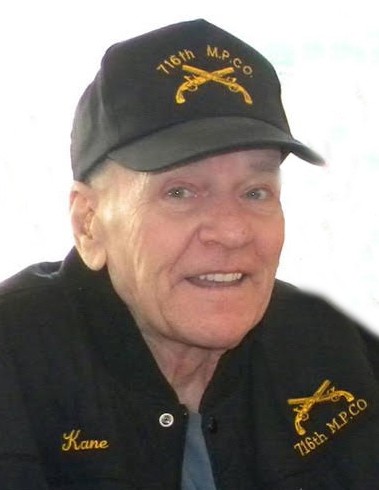 Born January 13, 1941 in Joliet, Robert James was a son of Bernard and Elizabeth (Stein) Kane. He was raised and educated in Lemont and graduated from Lemont High School with the class of 1959. After graduation Robert proudly served in the United States Army during the Vietnam conflict. He remained a member of the 716th Military Police and worked for Stepan Chemical as a Chemical Operator. In his free time he enjoyed doing carpentry work and tinkering in his garage.

Robert was preceded in death by his parents; brother: Donnie Kane and sister: Sissy Wittkofski.

Per Robert's wishes, cremation rites have been accorded.

Burial with full military honors will be held at a later date in Abraham Lincoln National Cemetery, Elwood.

Family and friends may sign the guest book, upload photographs or share Robert’s memorial page online by logging onto: www.ReevesFuneral.com

Cremation services and arrangements have been made under the direction and care of Reeves Funeral Homes, Ltd. in Gardner. (815-237-2526)

To order memorial trees or send flowers to the family in memory of Robert Kane, please visit our flower store.
Send a Sympathy Card