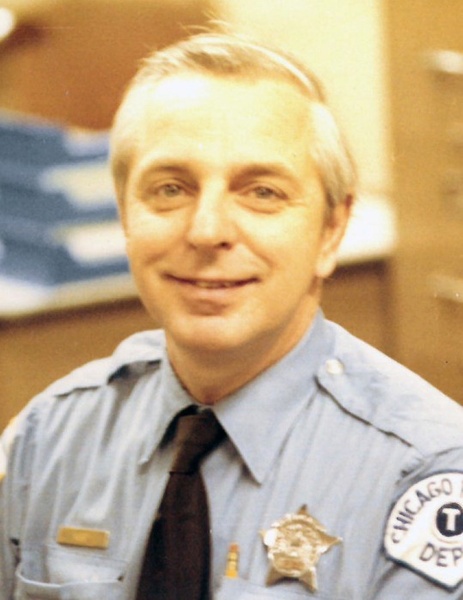 Age 85 of Goose Lake, passed away Monday, November 26, 2018 at the Joliet Area Community Hospice Home, with family at his side.

Born March 19, 1933 in Chicago, Illinois, Robert was a son of Tobias and Lillian (Schranz) Kurz. He attended Henderson Grade School and graduated from Lindbloom High School. Bob joined the United States Army following graduation and was sent to Korea, where he became a combat war veteran. Upon his return from the service, Bob met his future wife, Jacqueline Harder and they were married in Hope Lutheran Church on July 9, 1955. Together, Robert and Jacqueline had a wonderful and blessed marriage of 63 ½ years.

Bob worked for J.B. Noelle as an interior painter until he joined the Chicago Police Department. He initially served in the Englewood District before transferring to the Traffic Division. He was assigned to Michigan and Monroe, and over the years was featured on television as ‘A Man of All Seasons’, in the Water Tower movie, and also a Chicago book publication. Bob retired following 30 years of service and went on to move and retire to Morris, Illinois. During his retirement, Bob enjoyed fishing and spending time with his brother, the late Thomas M. Kurz, as well as friends and family. He will be remembered as a true gentleman.

The family will receive friends for a visitation on Monday morning, December 3, 2018 between the hours of 9:00 a.m. and 12:00 noon at Reeves Funeral Home, 75 N. Broadway (one block north of Illinois Route 113) in Coal City. A procession will then depart at 12:15 p.m. for Abraham Lincoln National Cemetery in Elwood, where Bob will be laid to rest with full military honors.

Family and friends may sign the guest book, upload photographs or share Bob’s memorial page by logging onto: www.ReevesFuneral.com/notices/Robert-KurzSr

To order memorial trees or send flowers to the family in memory of Robert Kurz, Sr, please visit our flower store.