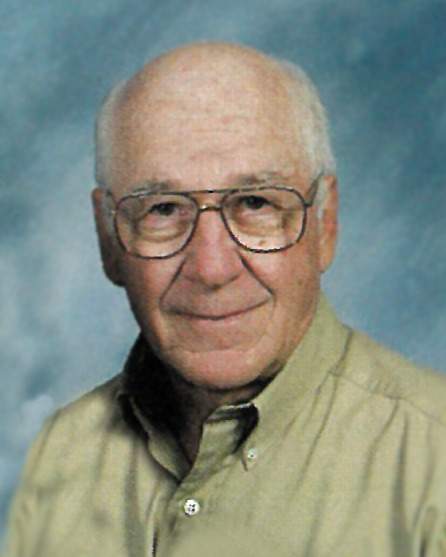 Born January 14, 1927 in Princeton, Indiana, Robert Harold was the son of Earl B. and Helen R. (Lynn) Newberry. Bob graduated from Coal City High School and went on to honorably served in the United States Army during World War II.  On October 16, 1948 Bob married Sylvia Cerny in the Coal City United Methodist Church, and he made his career with Caterpillar Tractor Company as a supervisor in the benefits department for 35 years until his retirement. Bob was a great sports enthusiast, and enjoyed playing golf regularly.

Bob was preceded in death by his parents, wife Sylvia, one son David, one daughter Kay, his sister Evelyn and brother-in-law Glenn Dearth.

Private funeral services were held on Monday, August 29, 2022 with Rev. Jay Regennitter from the Coal City United Methodist Church officiating. Burial followed in Braceville-Gardner Cemetery where Robert was laid to rest with his wife, Sylvia.

A video of the services is available on the memorial page.

Friends and family are encouraged to sign the online guestbook, upload photos and share Bob’s memorial page via social media by logging onto www.ReevesFuneral.com.

Funeral arrangements have been made under the direction and care of Reeves Funeral Homes, Ltd., 75 North Broadway in Coal City. (815-634-2125)