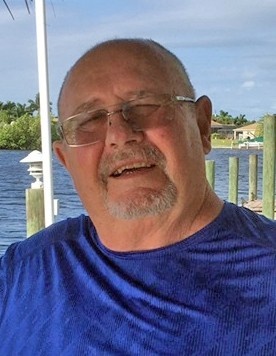 Age 69 of Coal City, formerly of Oak Lawn, passed away Tuesday, March 9, 2021 at his home, surrounded by his loving family after his second fight with leukemia.

Roger Terrence was born on March 26th, 1951 in Chicago to Luke and Frances (Darge) Alexander. He was raised and educated in Bridgeview, and graduated from Argo Community High School in 1970. On December 14, 1974, Roger married the love of his life, Candee Peterson at St. Louis de Montfort Catholic Church in Oak Lawn.

He worked for the Village of Bedford Park and retired as Superintendent of Public Works after 35 years of service. Roger moved to Coal City in 2004 and became an active member of the community. He was most recently, the past president of the Coal City Lions Club, and the former Commander of the Sons of the American Legion Post 796 in Coal City. Roger loved to spend his time outdoors fishing, golfing, and camping at the Lakepoint Camping Resort. He also enjoyed working on small engines and traveling, especially to the Caribbean and Florida.

Roger was preceded in death by his parents.

The family will receive friends for a COVID observant visitation at Reeves Funeral Home, 75 North Broadway Street (one block north of Illinois Route 113), in Coal City on Friday, March 12, 2021 from 2:00 p.m. until the time of funeral service at 8:00 p.m. Deacon William Dunn from Assumption Parish in Coal City will preside.

Those wishing to participate in the funeral service virtually are welcome to join the live-streamed service on Friday evening, March 12, 2021 beginning at 8:00 p.m. A link for the event is available on Roger’s memorial page.

Cremation rites will be accorded following the funeral service, and a private celebration of life is being planned for a later date.

Family and friends are encouraged to sign the online guest book, upload photographs, and share Roger’s memorial page by logging onto: www.ReevesFuneral.com/obituary/Roger-Alexander

Funeral services and cremation arrangements have been made under the direction and care of Reeves Funeral Homes, Ltd. in Coal City (815) 634-2125 .

To order memorial trees or send flowers to the family in memory of Roger Alexander, please visit our flower store.
Send a Sympathy Card